THE HEROES OF IRAN

Iraj had no son to avenge him - but when Manuchehr becomes king of Iran, he tracks down and kills Tur and Salm, his elder brothers and murderers, with the help of his general Karen, a son of Kaveh the blacksmith. But the forces of evil return, in the person of Tur's grandson, Afrasiyab, ruler of Turan. With his magical powers and skill as a warrior, he becomes the arch-enemy of Iran. But peace is concluded, when both sides agree to recognise a frontier: wherever an arrow shot from Tabaristan (south of the Caspian) lands. With the help of the gods, it reaches the Oxus. 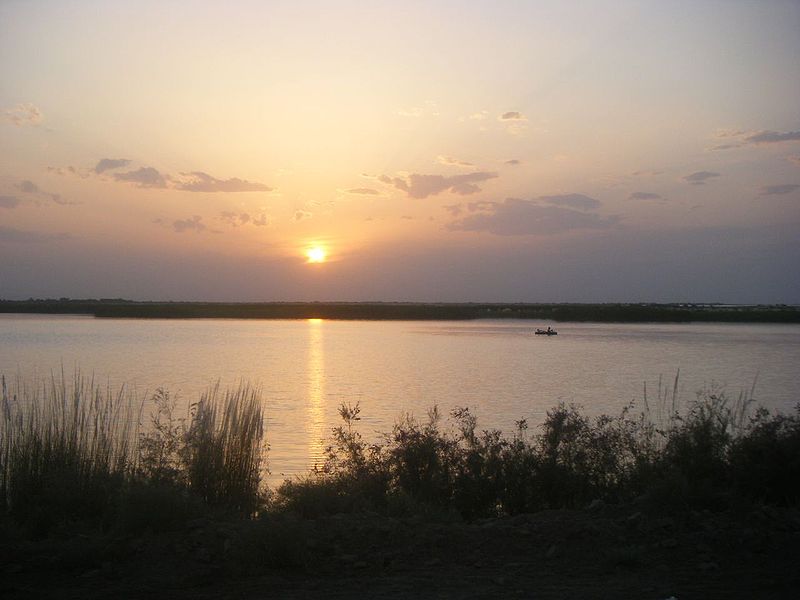 Looking across the Oxus from Turan to Iran. The Amu Darya (modern name of the Oxus) is now in Turkmenistan

Afrasiyab invades Iran again, and despite heroic exploits by Karen and Zal (and Vesa and Barman on the Turanian side), captures Naudhar and kills him. He devastates Iran and makes himself king.

The kings of Sistan: Sam, Zal and Rustam

Sam, king of Sistan, was Manuchehr's chief warrior, and performed heroic deeds for Iran. He's ashamed, though, when he produces a son, Zal, an albino, and abandons him in the wilderness. Zal is rescued by a magical bird, Simurgh, who rears him in her nest, until it becomes time to return him to his now remorseful father. 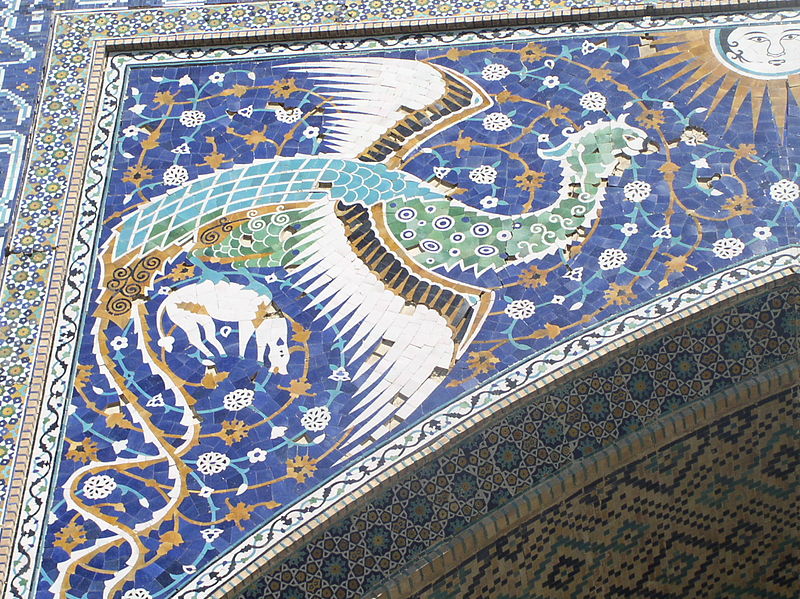 Zal grows into a mighty warrior, and marries Rodaba, daughter of Mihrab, king of Kabul (and descended from Zahhak). Their son is Rustam - greatest of all Iranian heroes. As a child, he kills a mad elephant with a single blow, and tames the horse Raksh, who becomes his trusty steed. Rustam, during his divinely prolonged life, performs numerous heroic deeds, most famous being the Seven Labours to save king Kavus from the White Demon. In a tragic duel, he kills his son Sohrab, whom he doesn't recognise.

The Era of Heroes

The struggle between Iran and Turan continues. Heroes like Sam, Zal and Rustam battle against the evil Afrasiyab of Turan. 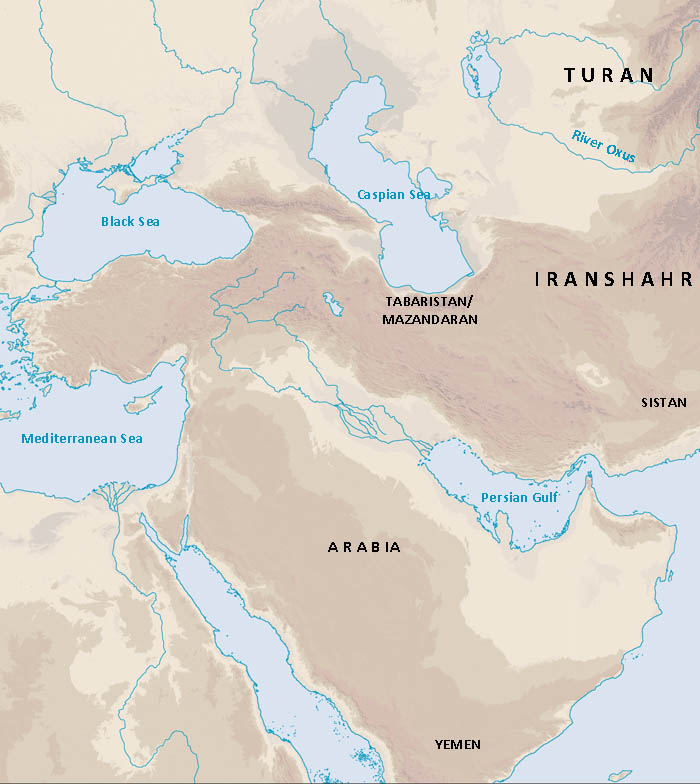 A descendant of Iraj's daughter, brought up by his grandfather Feraydun.

Deriving from the Alexander Romance of the 4th century.

The tragic tale of Sohrab and Rustam is a highpoint of the Shahnameh. Matthew Arnold wrote an epic poem based on the story: see here.