Iran: The Qajars - moving into the 20th century

Signs that Iran might belatedly be moving towards change from an absolute monarchy which perpetuated backwardness and poverty among the people were not good when the crown prince, son of the assassinated shah, was crowned as Mozaffar al-Din Shah. He was 47 years old, in poor health, and used to a life of indulgence with his courtiers and cronies in Tabriz. 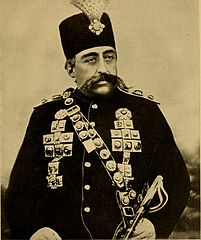 Despite the claims of two better-qualified brothers, the Cossacks - and support of Russia and Britain - ensured an easy succession for the Crown Prince. Mozaffar lacked his father's ruthlessness, and at first (after the hanging of the late shah's murderer - though the Ottomans refused to extradite Jamal al-Din al-Afghani) there was a less oppressive atmosphere. His Prime Minister, Ayn al-Dawla was a reformer and moderniser, and the shah approved various more liberal measures: education improved (even for girls); censorship was lifted; permission was granted to form anjomans. Anjomans were societies where educated people could meet to discuss ideas - the ideas they discussed, of course, centred on reform and revolution. An unintended consequences of this relaxation of control, was the growth of secret organisations hostile to the regime. 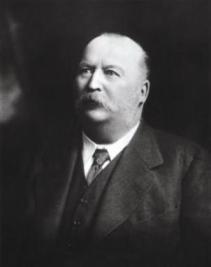 Ayn al-Dawla's attempts to restrain spending were very unpopular - and he was soon sacked (1898) and the pro-Russian Amin al-Sultan returned as premier. To keep up with the expense of the shah's overseas trips for medical treatment, he negotiated several large loans with the Russians: their conditions involved improving the generous trade deal they already had under the treaty of Turkmanchai (1828) - tariffs were reduced from 5% to 1.5%, allowing Russia virtually cost-free trade in Iran. A similar trade deal was made with Britain, putting the two powers on an equal footing. Under the radar somewhat, was a deal made with the British entrepreneur William Knox D'Arcy in 1901 to explore southern Iran for oil. He'd made a killing in Australian gold in the 1880s, and was looking for a new source of enrichment. Under the deal, Iran was to receive 16% of his company's profits. This was of course to have massive consequences.

The shah (and entourage) went abroad a second time in 1902, and for a third time in 1905. Each trip made him even more unpopular. While he was away there were riots in Tehran, and, urged on by the ulama, merchants closed the bazaars. The main grievance was the mismanagement of the economy by the Russians and their advisors - in particular a Belgian, Joseph Naus who, brought in by the Russians to improve the efficiency of the customs administration, had become virtually Minister of Finance. Plans for a revolution were being made. In 1905, Mullahs, students and merchants occupied and took sanctuary in the shrine of Abd al-Azim, led by the most respected mujtahids and demanded the dismissal of Naus and AYn al-DaWla, enforcement of sharia law, and the setting up of a "House of Justice" - a representative assembly: the first ever in Iran. The government agreed, the protesters left their sanctuary - but nothing happened.

In 1906, a radical young preacher, who happened to be a sayyid (descendant of Muhammad) was shot by police, during a protest. This was the signal for a mass strike - 2000 of the ulama took refuge in Qom, and many more merchants and students were given bast (sanctuary) by the British legation. Tehran was brought to a standstill. They were now demanding a proper national assembly (Majlis).

After a month, the shah gave in - even his trusted Cossack Brigade was threatening to mutiny. The Majlis met for the first time in October 1906, and produced a draft constitution, which Mozaffar al-Din accepted. Five days later he was dead.

The setting up of the Majlis, and the constitution it created (based on the Belgian constitution) was a revolutionary step - not just for Iran but for the region: there had been an attempt to form something on these lines in The Ottoman empire in the 1870s, but it had failed. The Iranian constitution, achieved without conspicuous upheaval, lasted until 1979. Its features:

The prime movers of the "revolution" were the ulama and the merchants: ironically they supported it because they did not want change! But it soon led to the unintended consequence that a new class (men like Amir Kabir) - neither cleric nor merchant, but educated and western-influenced, began to compete for power and authority. 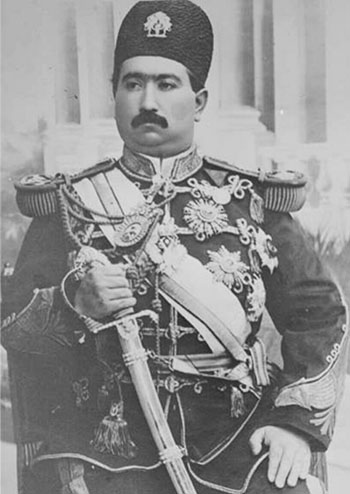 Mozaffar's Russian-educated son who succeeded him was a cruel autocrat, totally opposed to the constitution, though at first he pretended to go along with it. He was in reality determined to overthrow it. Ayatollahs Bihbahani and Tabataba'i defended the Majlis on behalf of the ulama, while young Sayyid Hasan Taqizada led the democratic party. He was an Azerbaijani from Tabriz, which had consistently supported the revolution. The restored premier Ain al-Daula failed to abolish the Majlis, and tried to effect a compromise, thus enraging both sides. He was assassinated in 1907 by a radical - thus forestalling the shah, who intended to have him killed - and use his death as an excuse to purge the revolutionaries. In fact it emboldened them.

A prominent mujtahid, Shaikh Fazlollah Nuri was the focus for the fight-back. To start with he'd supported the revolution, but he now realised it meant weakening clerical influence, treating non-Muslims as equals, kowtowing to western ideas and practices. Once again he led a protest group to bast in the shrine of Abd al-Azim: from there he denounced the Majlis (calling it un-Islamic) - in turn Nuri was accused of being a non-Muslim by another leading mujtahid, Khorasani - from Najaf in Iraq. In turn he was soon under attack from more conservative elements in Najaf, leading to clashes between rival supporters.

In 1908 the Shah acted. He unleashed his Cossack Brigade against the Majlis - who bombarded them until they gave in. Some were killed, some executed, some fled (including Taqizada). Tehran was restored to royal power, but Tabriz remained defiant. The Russians intervened, but the revolutionaries retreated to Gilan, and thence, with reinforcements led by the Bakhtiari tribe (always happy to fight the Qajars), they retook Tehran without bloodshed. The shah hid in the Russian legation. He was deposed, and exiled to Russia. The new shah, Muhammad's son Ahmad was only a 12-year old - and for a while there was universal disorder - as the various factions carried out out assassinations, executions and persecutions. Iran was relapsing into tribalism as tax could not be collected and central government lost its grip.

Iranians knew Russia would intervene to squash any revolutionary activity - but the Russian revolution of 1905, and the Russo-Japanese war of 1904 -5 told them it was now or never. The Japanese success was particularly encouraging - a backward Asian country defeating a major European power.

A relative of the shah whom he'd appointed premier after sacking Amin al-Sultan to appease the opposition to Russian dominance.

The leading Ayatollahs Bihbahani and Tabataba'i accepted that constitutional government and democracy were compatible with Islam.

In 1907 Britain and Russia,, both now worried by German ambitions, had made a treaty carving up Iran into three zones - the Russian in the north - containing Tabriz Tehran and Mashhad; the British in Sistan and the south-east next to India, and the rest neutral. Naturally Iran was not consulted.