Imam Ibrahim and his successor

The long-awaited Imam died just as the Abbasid army was celebrating the taking of Kufa, principal city of Iraq. So many theories about his disappearance exist: this presumably means we shall never know what happened. Was he arrested by Marwan II, or invited to negotiate? Was he poisoned, suffocated, or crushed by a falling house? Did he just die from the plague?

Most probably he had somehow been eliminated by Marwan II. Abu Salamah, occupying the role of "vizier", ensured that he was succeeded by his brother, Abu al-Abbas as-Saffah, who had most probably been designated as his heir by Imam Ibrahim - although (as ever) there appears to have been some controversy - some were anyway expecting a descendant of Ali to be appointed caliph. In November 749 Abu al-Abbas as-Saffah (Saffah - the bloodshedder) became the first caliph of the Abbasid dynasty, with Salamah as his vizier.

God has given us as our party (shia) the people of Khorasan, and has caused a caliph to appear among you from the descendants of Hashim and given you ascendancy over the Syrians and transferred the government to you. So take what God has given you and be grateful; remain obedient to us. 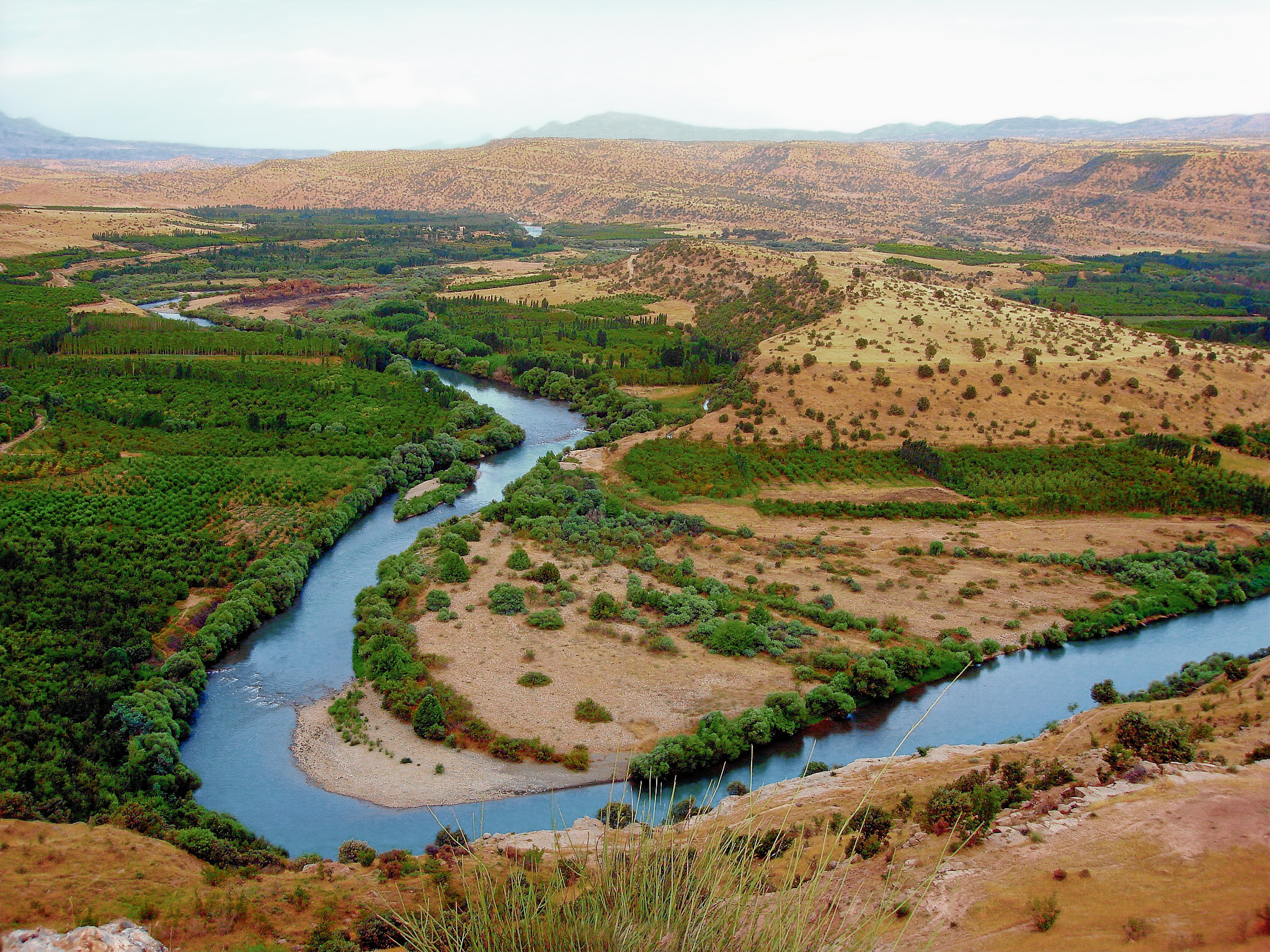 In AD 750, Abu al-Abbas defeated Marwan II at the Battle of the River Zab. The Umayyad army was annihilated - the few survivors who tried to escape drowned in the wintry Zab. Marwan fled; he was relentlessly pursued - eventually to Egypt, where he was killed. Soon Arabia and Egypt fell too to the Abbasid armies. The rest of the Umayyad family were murdered - only Abd-ar-Rahman escaped. It was he who, after six years on the run, established the Emirate of Cordoba in al-Andalus in Spain, completely independent from the Abbasid caliphate.

Abu Muslim had stayed behind in Khorasan throughout. He swore allegiance to the new caliph - who, however, was suspicious of him. Saffah sent his brother Abu Ja'far Mansur (Mansur) to check him out: would he agree to the elimination of the vizier Salamah? Certainly: Abu Muslim sent his own man to do the job. This didn't reassure Mansur, though: he warned his brother that Abu Muslim was too powerful to be allowed to live.

Nevertheless, Abu Muslim continued to be both powerful and popular in Khorasan - suppressing revolts and building mosques. In 753/4, he asked the caliph's permission to make a pilgrimage to Mecca. Saffah insisted he crossed Iraq with no more than 50 men: Abu Muslim brought 1000 to Kufa. Permission was given - but the caliph insisted that Mansur, who was still advising he be killed, go with him. During the hajj, Saffah died - Mansur was now caliph. For now, he needed Abu Muslim to put down a rebellion led by Muhammad ibn Abdullah ibn Hassan: a grandson of Hassan, the grandson of Muhammad. The Shi'a had not given up.

Saffah was also forced to deal with serious matters in the far east of his domain. The Tang Dynasty Chinese were trying to expand their empire westwards into Transoxiana (Sogdia). They were decisively crushed at the Battle of the Talas river in AD 751, near the border between Kazakhstan and Kyrgyzstan, opening up central Asia to Islam. 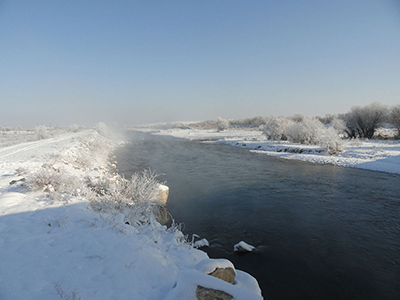 The Talas River in NW Kyrgystan

Abu Muslim crushed the rebels - but Mansur accused him of cheating over the booty, and tried to downgrade him by making him governor of Egypt and Syria. Abu Muslim returned defiantly to Khorasan - but was treacherously persuaded that he'd be forgiven if he went back to Kufa. Mansur had a different plan. Despite telling Mansur how he'd organised the Abbasid takeover, when the caliph clapped his hands, the five assassins struck according to plan, and Abu Muslim's mutilated corpse was flung into the Tigris. The new caliphate's links with the Dawah were over. The betrayal of Abu Muslim was not forgotten either by Iranians or the Shi'a. For the new caliphate, the ideas of the Hashimiyya and their supporters were now an embarrassment. The Abbasids were to claim that they in fact had the better claim to the imamate than the Alids: their ancestor al-Abbas was Muhammad's paternal uncle, and a Muslim - this trumped Ali's descent through the female line, Muhammad's daughter Fatima.

The oldest mosque in Iran at Damghan dates from around AD 760. Only the slightly pointed arches distinguish it from a Sasanian building.

Mansur moved the Abbasid capital from Damascus in AD 762. He built a new city on the Euphrates, where it was linked to the Tigris by a canal - Baghdad . It was round, 2000 metres in diameter (like Firuzabad - itself based on Parthian models - but new to Islam), with a palace and mosque in the centre. Originally called Madina al-Salam ("City of Peace") it was intended to mark the centre of the universe. The new city, however. was only for the "inner circle" - the caliph, his bodyguard and select officials - his supporters were relegated to the outer suburbs. Nothing remains today of Mansur's city. He also rebuilt the city of Raqqa ten years later, supposedly on the same pattern as Baghdad, as a summer resort for the Abbasid court. 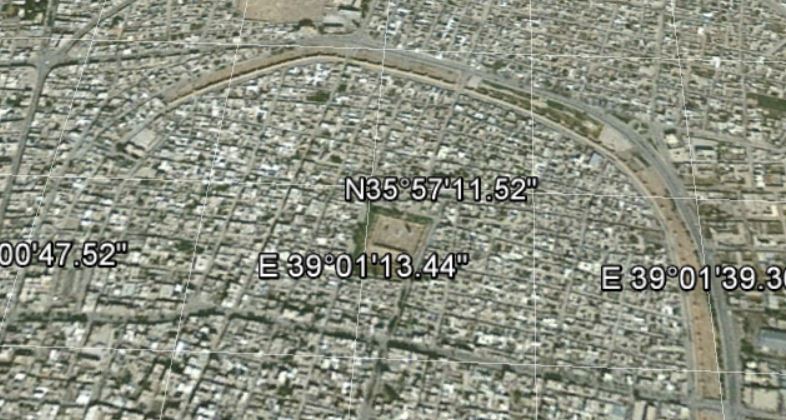 Traces of the original circular plan in present-day Raqqa, Syria

The Syria-based Umayyads had been a Mediterranean power like Egypt, Rome and Byzantium. The centre now moved from Damascus eastwards, back where the Parthian and Sasanian capitals at Seleuceia and Ctesiphon (called by the Arabs Mada'in - the cities) had been. Baghdad was where the east-west and north-south trade routes crossed: linking China with Europe, and India with the Steppes. Its future prosperity was not in doubt. But the caliph's chosen isolation from his people - a severe break with Arab tradition where rulers and ruled mingled barefoot in the bazaar - was to become a problem.

As well as rebellion near home, Mansur had to deal with problems in the west. The Umayyad conquests in North Africa (Ifriqiya) were threatened by the local Berber tribes, despite their conversion: their rebellions were brutally crushed - except in their strongholds in the Atlas Mountains, where they continued in independence, adopting the austere Kharijite form of Islam. More serious was the loss of al-Andalus (Spain) where Abbasid attempts to oust Abd ar-Rahman, fugitive son of the last Umayyad caliph were completely unsuccessful. In 763, the head of Mansur's governor was sent to him, pickled, after his defeat by Abd ar-Rahman's devoted 700 followers.

Mansur died on a pilgrimage to Mecca in 775. Unlike many of his successors he was not interested in music and self-indulgence: he was a capable if ruthless administrator.

The third and fourth Abbasids

A rebellion in Khorasan was put down during al-Mahdi's reign, which was also marked by renewal of the age-old war against Byzantium. The emperor Constantine V seized control of the passes across the Taurus Mountains - shutting the Arabs out of Anatolia. al-Mahdi sent his son Harun in 782 to reverse the situation. His army swept across Asia Minor as far as the Bosporus, forcing the Byzantines to accept a humiliating peace.

Baghdad flourished, becoming not only the largest city in the world, but also the most cosmopolitan - Jews, Christians, Hindus and Zoroastrians coexisted happily. But not Manichaeans, known then as Zindiqs, who were seen as a threat to Islam. Al-Mahdi tried hard to exterminate them. Music and poetry, both patronised by the royal family, blossomed. While the caliph became gradually a more remote figure, the Persian Barmakid family, though recent converts to Islam from Buddhism, provided efficient administration - perhaps aided by the arrival of paper technology from China, as a result of the victory at the Battle of Talas.

Al-Hadi and his father were both hostile to the Shia - especially the Zaidis. These descendants of Ali attempted yet another coup: al-Husain proclaimed himself caliph in Medina. Al-Hadi crushed them at the Battle of Fakhkh in 786, killing Husain and many of his supporters. Some of them, however, learned from this defeat: don't start a rebellion in Arabia with the caliph's army right next to you! One of them fled to Morocco, where he founded the Idrisid dynasty (which ruled there from 788 to 974), another to the still fiercely independent Dailamites in the mountains south of the Caspian. Al-Hadi sent a warning to the Shia in Khorasan: Husain's head.

Al-Hadi wanted his son Jafar to succeed him: but his mother wanted his younger brother Harun, her favourite son. Harun had already been designated by al-Mahdi, and was supported by the Barmakids. When al-Hadi died suddenly, his mother was an obvious suspect.

Actually Ali's father Abu Talib was also an uncle of Muhammad - but he had not become a Muslim. The Abbasids' narrative let them reconcile with the Sunnis, and play down their Shi'a connections. A rebellion by his great-grandson Hassan was crushed by the Abbasids.

The great-great-great grandson of the Prophet was known for the sincerity of his religious faith - and called "The Pure Soul". His cousin Husain also rebelled against the Abbasids - in 785 as did his brother Idris who founded a Zaidi dynasty in Morocco.

Originated in the first Shi'a uprising against the Umayyads - led by Zaid ibn Ali (the son of Caliph Ali) against Abd al-Malik. His followers regarded him as the legitimate 5th Imam (hence they're often called "Fivers"). They believe the Imam must be an Alid - but not necessary a son of the previous Imam. Apart from their views on the Imamate they are very similar in their doctrine to the Mu'tazilites. They are a small minority today within Islam - most notably the Houthi, who have been competing for supremacy in Yemen since 2004, and currently (2018) locked in a bitter civil war with various Sunni factions, backed by Saudi Arabia and a coalition of states including the US and the UK.