Aged 22 when he became caliph, Harun had already made a name as an 18-year-old for his brisk and efficient conquest of Anatolia from the Byzantines. Because he figures prominently as a character in the Thousand and One Nights, his name is more familiar than most; his actual achievements were noteworthy in a different way. 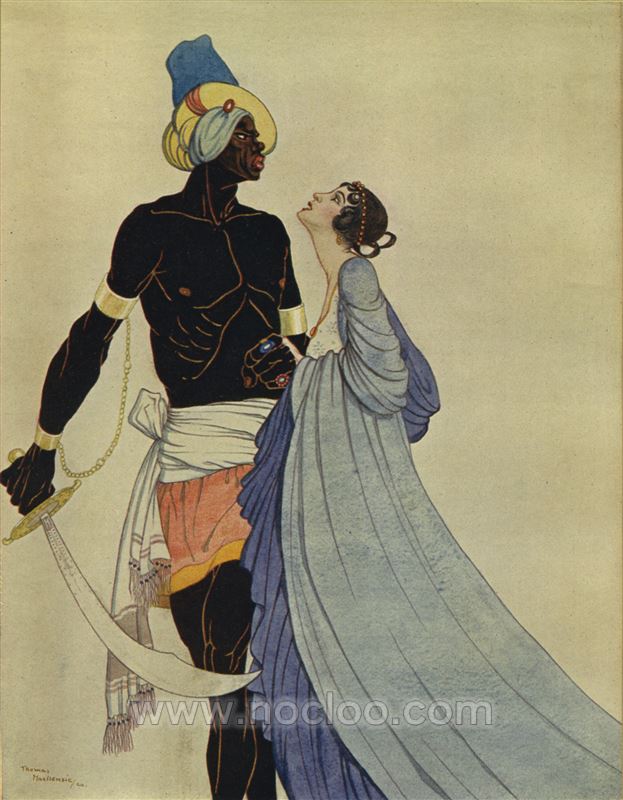 Haroun al-Rashid 's court is the setting for James Elroy Fleckers romantic drama Hassan, relecting the orientalist fantasies of the time. This is from an edition of the play illustrated by Thomas Mackenzie (1924).

The army - no longer Arabs from the desert as in the era of the conquest, and made up now largely of mercenaries from the east (including many Turks and eastern Iranians) needed to have its loyalty ensured by generous cash hand-outs.

Visitors to his palace were required to prostrate themselves as in the old days of the Kings of Kings. While everyday administration was left to his vizier (formerly his boyhood tutor) Yahya (aka Jafar) the Barmakid, Harun travelled all over his empire, ensuring that his subjects knew him. But Harun eventually became suspicious of the Barmakids' influence and wealth: in AD 803 Yahya was killed and the rest of his family arrested. Their fall was possibly connected with trouble in Khorasan, the Barmakids' home territory, which finally rebelled in AD 807. Harun was dealing with the situation when he fell ill and died in AD 809.

He seems to have had no real interests in the remoter parts of the Abbasid empire. Spain and the Maghrib had already gone (though they still recognised the Abbasids as caliphs): now it was the turn of Ifriqiya. Harun allowed Ibrahim ibn al-Aghlab, a trusted officer, a free hand if he agreed to ensure peace and security. Ibrahim founded the Aghlabid dynasty which ruled Ifriqiya for a century. 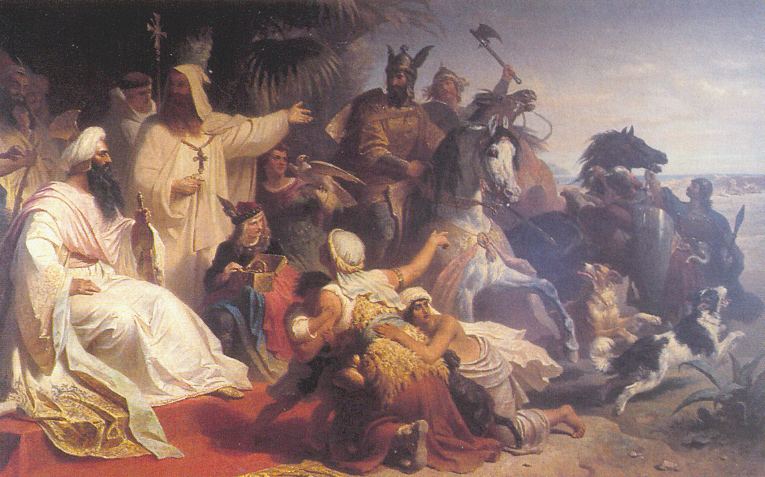 Harun receiving a delegation from Charlemagne

Harun's army was much changed from the original cavalry-based enthusiasm of the early Arab invaders. In battle, at the front were armoured light cavalry with lances (evolved from the Sasanian heavy Savaran knights). Infantry was divided into pikemen, swordsmen and archers. The pikemen were if possible, static - waiting for the enemy attack. As the enemy advanced, unable to get through the pikemen, they would be thrown into confusion by the archers, and the swordsmen would then relentlessly sweep them up as they retreated. As a young man, Harun had humiliated the Byzantines and the ruler, the empress Irene (AD 782). When she was deposed in 802, the usurping emperor Nicephorus I absurdly demanded repayment of all the tribute paid to Baghdad during Irene's reign. Harun's army once again swept through Anatolia to threaten Constantinople: Nicephorus backed down, only to try again as soon as the Arab army had retreated. This was too much - Harun's army came back with a vengeance in 805, and Nicephorus was totally humiliated. The real threat to Harun's power was closer to home: Khorasan. Lukewarm in its tolerance of the Abbasids since the days of Abu Muslim, Khorasan had suffered from bad government and agitation - probably - by the Barmakid family (hence their fall from power) and was ready to revolt. In 804 it did so. Before Harun died on campaign, he showed the importance he placed in restoring Khorasan to Abbasid rule by making his eldest son al-Mamun governor of all the eastern provinces. 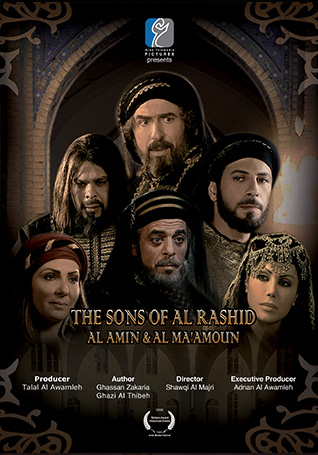 No doubt Harun thought he was being fair by dividing his empire between his three sons, but it turned out to have been a disastrous mistake. Al-Mamun was given Khorasan and the east, al-Amin was given the actual caliphate and rule over Iraq and most of the west; a third son al-Mutamin was given Syria.

NEXT: CIVIL WAR BETWEEN IRAQ AND KHORASAN

The reign of Harun al-Rashid

In the Quran, Aaron is described as vizier to Moses; it signified merely "helper".

The former Roman colony known as "Africa" included modern Tunisia, plus eastern Algeria and western Libya (Tripolitania). It included the city of Kairouan - founded under the Umayyads in around AD 670, which became its capital - and a major centre of Islamic learning. The Aghlabids conquered Sicily in AD 827- establishing an Arab dynasty there which ruled until subdued by the Norman Count Roger in AD 1071. Roger initiated a multi-racial, multi-cultural society which (under him and his son and successor King Roger) for an all too brief period brought out the best in his Muslim, Catholic and Orthodox subjects.

Both Einhard and Notker the Stammerer refer to envoys travelling between Harun's and Charlemagne's courts, amicable discussions concerning Christian access to the Holy Land and the exchange of gifts. Notker mentions Charlemagne sent Harun Spanish horses, colourful Frisian cloaks and impressive hunting dogs. In 802 Harun sent Charlemagne a present consisting of silks, brass, candelabra, perfume, balsam, ivory chessmen, a colossal tent with many-colored curtains, an elephant named Abul-Abbas, and a water clock that marked the hours by dropping bronze balls into a bowl, as mechanical knights?one for each hour?emerged from little doors which shut behind them. The presents were unprecedented in Western Europe. [Wikipedia]