Civil War between Iraq and Iran

If Harun had tried to avoid conflict between his sons, his project failed. Al-Mamun had already been made governor of Khorasan - and was immediately accepted by the independent-minded Khorasanians as one of their own - especially because his mother was an Iranian: they called him "son of our sister". The rebels whom al-Mamun had come to fight surrendered and were pardoned. Al-Mamun's court began talking about a revival of Iranian culture - and even of Zoroastrianism. The mood was anti-Arab and anti-Islam.

In 810 al-Amin sacked his half-brother, and demanded full control of his provinces. He announced that his own son, Musa, was now the heir to the caliphate, and sent an army against Khorasan. In the end he sent three armies: the first two were defeated by al-Mamun's excellent general Tahir ("the ambidextrous"). The third returned to find a revolt in Baghdad itself (812) - which after a long siege fell to Tahir (813). Al-Amin was beheaded, and al-Mamun became caliph. He did not move to Baghdad, however, and put Tahir in charge of the western provinces. This was not a success, and resistance began to grow; there were numerous Shi'a inspired revolts. In 819 he finally entered Baghdad, and moved Tahir (who was becoming worryingly powerful) back to Khorasan, where he died. Al-Mamun had to recognise Tahir's son as ruler of Khorasan - the first breakaway dynasty, the Tahirids, was being established. 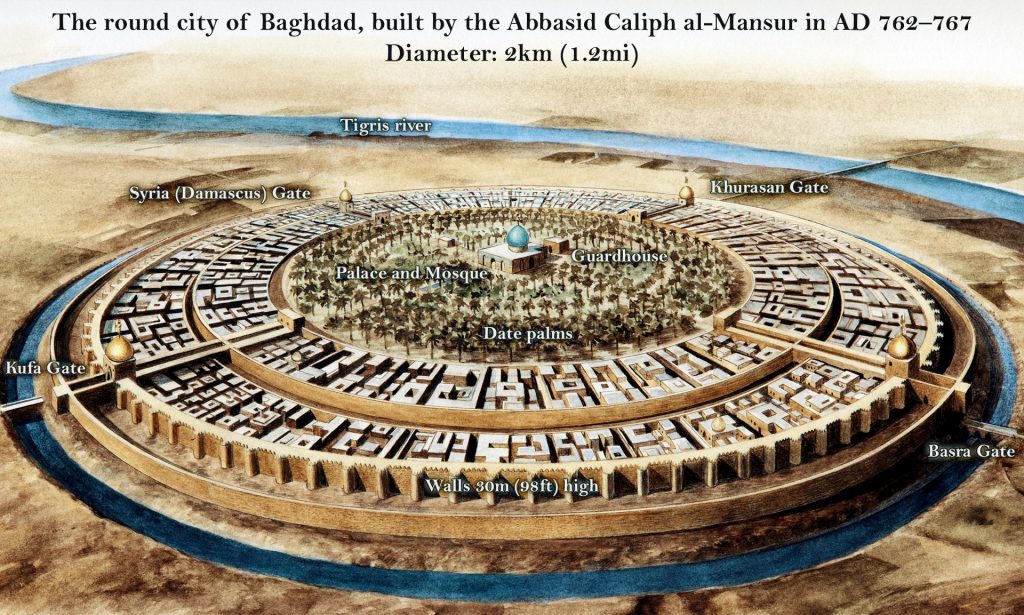 Al-Mamun in Baghdad: the Golden Age

Under al-Mamun Baghdad was at its most brilliant. Poetry (the chief of the arts to the Arabs) flourished as never before (inspired by the innovations of Abu Nawas) - but so did philosophy, theology, astronomy, medicine and law. He - or his father - are often credited with founding of a "House of Wisdom" (Bait al-Hikma). This was almost certainly not a "university" dedicated to translating dedicated to translation. Nevertheless, much translation of foreign, especially scientific and philosophical Greek works - Aristotle, Plato, Hippocrates and Galen - was taking place at this tim, encouraged by the Abbasid caliphs. In mathematics there were world-changing discoveries: the concept of zero, algebra, and trigonometry . 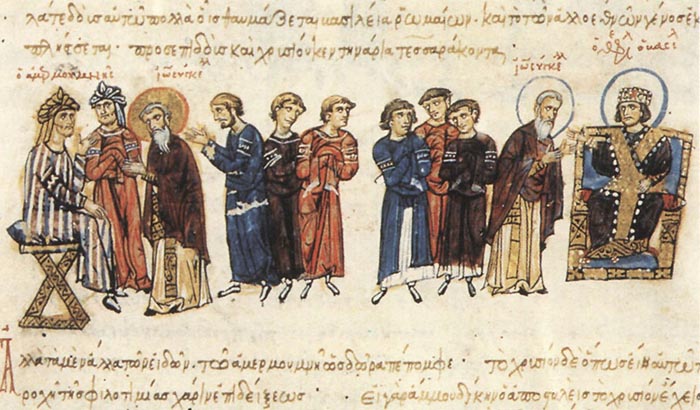 Mamun was also interested in religious reform - his intellectual qualities and his admiration for Greek philosophers led him to promote a variant version of Islam, known as Mu'tazilism. The Mutazilites wanted an Islam founded on reason and logic: in particular they argued that if the Quran is God's word, it could not have existed until God created it. Similarly evil was not something defined by scripture, but right and wrong, and thus justice, could be established through reason. Mamun somewhat undermined his position by instituting a kind of inquisition (Mihna) against those who disagreed with him. His campaigns against Christian Byzantium in the last years of his reign were actually a more effective way of uniting Islam!

NEXT: DECLINE OF THE ABBASID CALIPHATE

The Golden Age of Baghdad under al-Mamun

The meaning of Bait al-Hikma, though not its existence is controversial - was it a university or a library? See Wikipedia We actually have no evidence to suggest it functioned as some sort of literary salon or academy of learning. It certainly wasn?t a centre of Greek to Arabic translation activity. Most likely it was an administrative bureau founded by the early Abbasids following Sasanian models.

Continued a tradition dating back to the Sasanians and the establishment of "universities" at Gondeshapur and elsewhere. Translation of works in Greek, Syriac and Persian accelerated during the Umayyad and Abbasid caliphates, as "Arabic" science (mostly Persian science) developed exponentially.

The word comes into English via French and Italian from Arabic sifr (which also evolved into "cipher"). But it was actually first used in India.

From Arabic al-jabr a "reunion of broken parts".

From the Iranian al-Khwarizmi, who was responsible for introducing the decimal point, and linear and quadratic equations to European mathematicians - although his work was based on that of Indian predecessors.

Originated in Basra in mid 8th century - its name derives from the Arabic meaning "withdrawal" - after its founder withdrew himself from a discussion on sin: is a serious sinner still a Muslim? The Mutazilite position is that he's neither a Muslim nor a kuffar.

Later Sunni orthodoxy condemned the movement as heretical, but it appealed to the Shi'a - and its influence can still be seen in the post-1979 Revolutionary Constitution of Iran.

The Ibadi branch of Islam, dominant in Oman, holds beliefs that are very similar to Mutazilism - except for the Ibadi acceptance of predestination.