LONG REIGN OF ARTAXERXES I 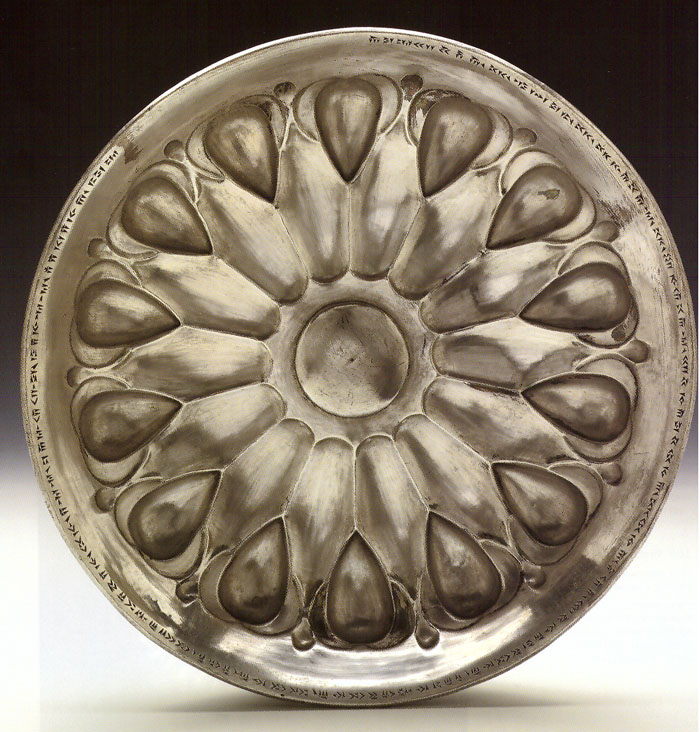 The inscription round the rim in Old Persian cuneiform reads:

Artaxerxes, the great king, king of kings, king of lands, son of Xerxes the king, the Achaemenid, in whose house this silver drinking cup was made.

Greeks - not much help any more. Herodotus' history ends soon after the Battle of Mykale in 479 BC. Thucydides the Athenian wrote about the war between Athens and Sparta (Peloponnesian War: 431 - 404 BC), but is sketchy about events in the 50 years between leading up to it. Diodorus is like us - no reliable narrative to use for this period.

What happened during those 40 odd years?

There's no narrative, and we don't know many actual dates. But - in approximate order - these things happened:

Was Artaxerxes a good ruler?

He used overwhelming military force in Egypt, but left the Greeks to quarrel among themselves - in fact encouraging their rivalries by judicious payment of cash. We know about his attention to detail in Judaea because of the Bible - perhaps he was similarly involved in other troubled parts of the empire. In many ways he seems a model ruler - he could well have claimed the Roman mission statement as his own:

"Show mercy to those who submit to our rule, but make total war on those who challenge it."

Artaxerxes I died in 425 BC, and was succeeded by his son Xerxes II.

NEXT: A VERY SHORT REIGN.

Rebellions crushed in Bactria and Egypt, and a new policy towards the Greeks: give them gold and watch them fight among themselves.

This is one of four very similar silver bowls: in the past doubt has been cast on their authenticity, but this one at least is now considered to be a genuine masterpiece from the Achaemenid period. [Article in Iran 1995 by J E Curtis]. Unfortunately its provenance is uncertain.

Athenians were divided for political and military purposes into ten tribes, who each elected a general to lead them in wartime, or speak up for them in the people's assembly. This inscription goes on to list 177 individuals who died - presumably about one tenth of the casualties for the year (probably 459/8 BC). Most of the conflicts involve allies of Sparta.

Was Artaxerxes' personal cup-bearer and advisor on matters of state. Artaxerxes sent him to Judaea to sort things out - a mark of the interest he took in this small part of his empire.

The traditional view (compare the Greek view of Cambyses) was of a weak and decadent ruler.

This was probably no coincidence. The Romans got many of their ideas on empire from the Persian empire. (For example roads, taxes, propaganda on coins). The "Roman mission statement" is from Virgil, Aeneid VI.