Roughly the mountainous area between Lake Urmia and the Caspian Sea, now mostly Iranian Azerbaijan. Under the Sasanians the name evolved into Aturpakan, hence modern Azerbaijan.

Atropates, the satrap of Media under the Achaemenids - to whom he was related, and retained as such by Alexander, took advantage of the confusion following the death of Alexander in 323 BC to declare his corner of the former Persian empire his own fiefdom, and independent of Seleucus. It included the northern, mountainous half of the former Media, and soon became known as "Atropates' Media" or Media Atropatene. At about the same time Bactria seceded, and in India too Chandragupta terminated Macedonian control.

The dynasty founded by Atropates ruled for several centuries - independently at first, then as loyal vassals of the Parthians, whose Arsacid dynasty was linked to them. Atropatene was the final part of the Arsacid empire to hold out against the Sasanians. 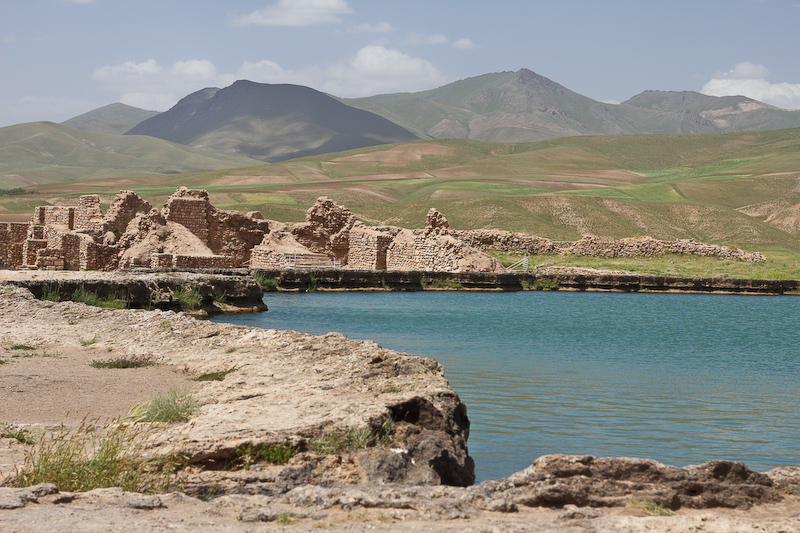 Remains of a fire-temple complex at the world heritage site of Takht-i Suleiman, NW Iran

The site of its main city - Gazaka in Greek, Ganzak in Armenian, has yet to be firmly identified. The site known as the Throne of Solomon (Takht-i Suleiman) since the Islamic conquest was an important Zoroastrian centre throughout the Persian period. The crater around which the temple was built is known as Zendan-i Suleiman, "Solomon's Prison"

Significant events in later history (on other pages in the website) include:

Mark Antony's abortive invasion in 39 BC;

The invasion by the Alans in AD 72;

The invasion by the Byzantines under Heraclius in AD 623.

Atropatene was taken over by the Arabs around AD 640, but still remained a separate province. The Mongol Il-Khans chose it for their capitals (at Matageh, Tabriz and Sultanieh) - its climate and vegetation suited their nomadic preferences.

The northern part of Media - echoing on a smaller scale what Ptolemy did in Egypt - was proclaimed independent by its ruler Atropates, after the death of Alexander. It remained a separate entity under the Parthians and Sasanians. 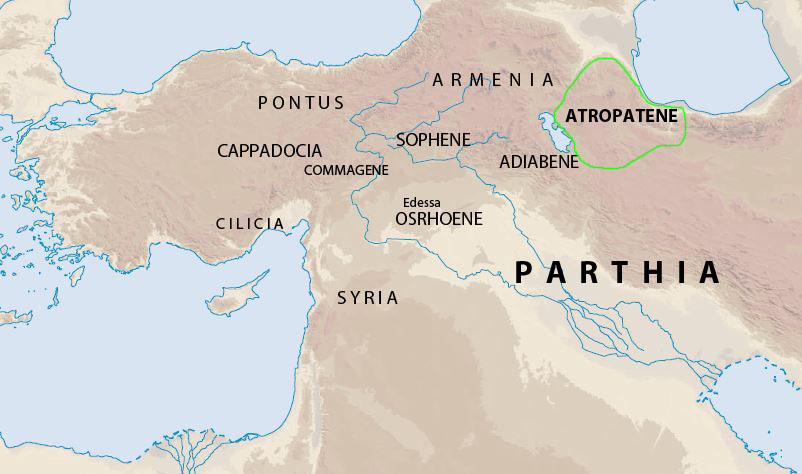 The possibly fictional Jewish king appears in the Quran 17 times: he was known in Islam to have other supernatural abilities bestowed upon him by Allah, after a special request by Solomon himself, such as controlling the wind, ruling over the Jinn, enslaving demons, and hearing the communication of ants. He was presumably supposed to have imprisoned various Jinn and demons in the crater lake.

There are several other sites ascribed to Solomon or his family (eg Cyrus' tomb at Pasargadae was thought to be Solomon's mother's).