The Kingdom of Commagene, comprising the western half of the Achaemenid satrapy, broke away in 163 BC. Delusions of grandeur soon set in: the ruling dynasty boasted descent from both Alexander and the Achaemenids. King Antiochus I (about 69 - 34 BC) claimed descent from Darius I via Orontes the Bactrian, energetic supporter of Atraxerxes II against Cyrus and the 10,000, who married a daughter of Artaxerxes. For Orontes' colourful career see Wikipedia. Antiochus I helped Pompey against Mithradates VI of Pontus, and proudly styled himself philoromaios ("Rome lover"). Not only did he believe himself to be a god, but he sought to be the ecumenist who reconciled all religions: his four divinities, besides himself were Zeus/Ahuramazda; Apollo/Hermes/Mithra/Helios; Artagnes/Heracles/Ares; and Commagene. Part of the dedication of his shrine to all the gods on Mount Nemrud: 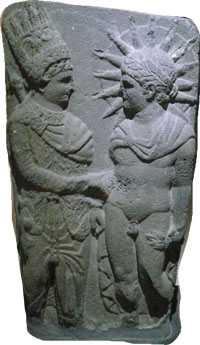 Therefore, as you see, I have set up these divine images of Zeus-Oromasdes and of Apollo-Mithra-Helios-Hermes and of Artagnes-Herakles-Ares, and also of my all-nourishing homeland Commagene; and from one and the same quarry, throned likewise among the deities who hear our prayers, I have consecrated the features of my own form...

He spoke Greek, but dressed like a Persian - and his sanctuary, vandalised massively in antiquity, is still one of Turkey's great tourist attractions - the giant heads staring out where they randomly fell. 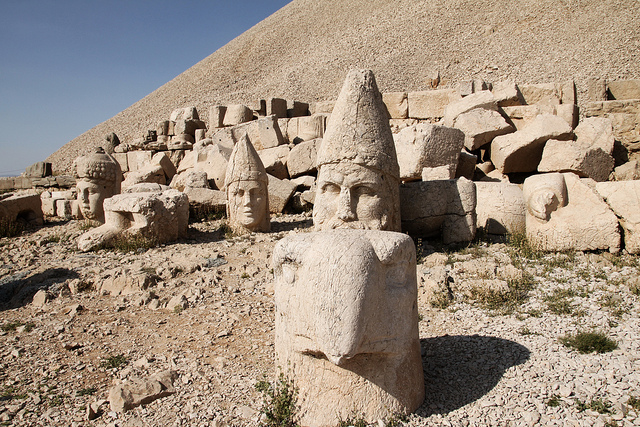 Ruins of the temple bulit by Antiochus I on Mount Nemrud

But the Kingdom survived for another century. By then, Rome was seeking to tidy up her eastern frontiers: in AD 64 eastern Pontus was annexed, so that Rome now controlled all the southern shore of the Black Sea, and in AD 72, to secure the Euphrates as the eastern frontier, Commagene became absorbed into the empire. The link with the Achaemenids - however tenuous - was severed for good.

One of the greatest writers in Greek was born in Samosata, the former capital of Commagene, although by then part of the province of Syria, around AD 120: an indication of how successfully Greek culture had spread eastwards. He was Lucian, one of the few ancient writers whose work is genuinely funny still. Read my version of his "True History" (guaranteed not to contain a word of truth!).

Commagene became home to a legionary base. Stationed at Zeugma - named for one of the few places where the Euphrates could be crossed (though probably not with a bridge) - the settlement became very wealthy. This was confirmed when in 1996 work began on the massive Ataturk Dam - and remains of sumptuous 3rd century AD villas with wonderful mosaic floors came to light. Archaeologists raced to rescue the finds from thieves and rising waters: a new museum recently opened in Gaziantep to display them. 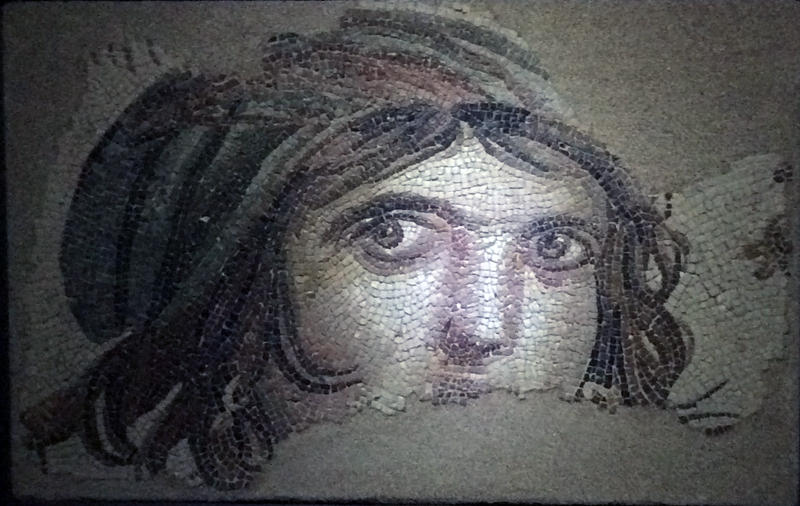 The 'Gypsy Girl': a mosaic fragment from ancient Zeugma in the museum at Gaziantep, Turkey. Photo AMW

These villas were destroyed by Shapur I in AD 252 - which paradoxically preserved them, as the rubble in which they were buried made them inaccessible to thieves.

A small kingdom which tried to balance its Iranian heritage with the political reality of being part of the Graeco-Roman world. It kept its schizophrenic identity from 163 BC until it became part of the Roman province of Syria in AD 72. 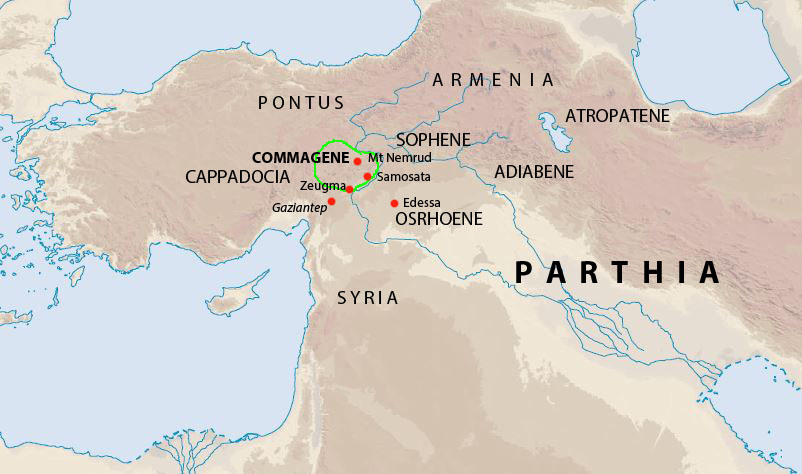 Commagene and the borderlands around 100 BC

The claimed descent was from Orontes, who married Rhodogune, daughter of Artaxerxes II, and descended from Darius

More on the ancient city of Zeugma