After the 42 or 41 year reign of Artaxerxes I, there were three Great Kings in just over six months. Artaxerxes I had only one legitimate son, Xerxes. He became king on his father's death as Xerxes II. Artaxerxes had however 17 illegitimate children, many of whom felt equally entitled. First Sogdianus (Secyndianus in Ctesias) murdered Xerxes and proclaimed himself king; he was murdered most horribly in turn by his half brother Ochus, who became king as Darius II.

Darius was married to a daughter of Artaxerxes, Parysatis (his half sister). Having been rescued from death at her husband/brother's hand, she became his enthusiastic supporter, and was in return responsible for the torture and murder of several members of her family and others who offended her. 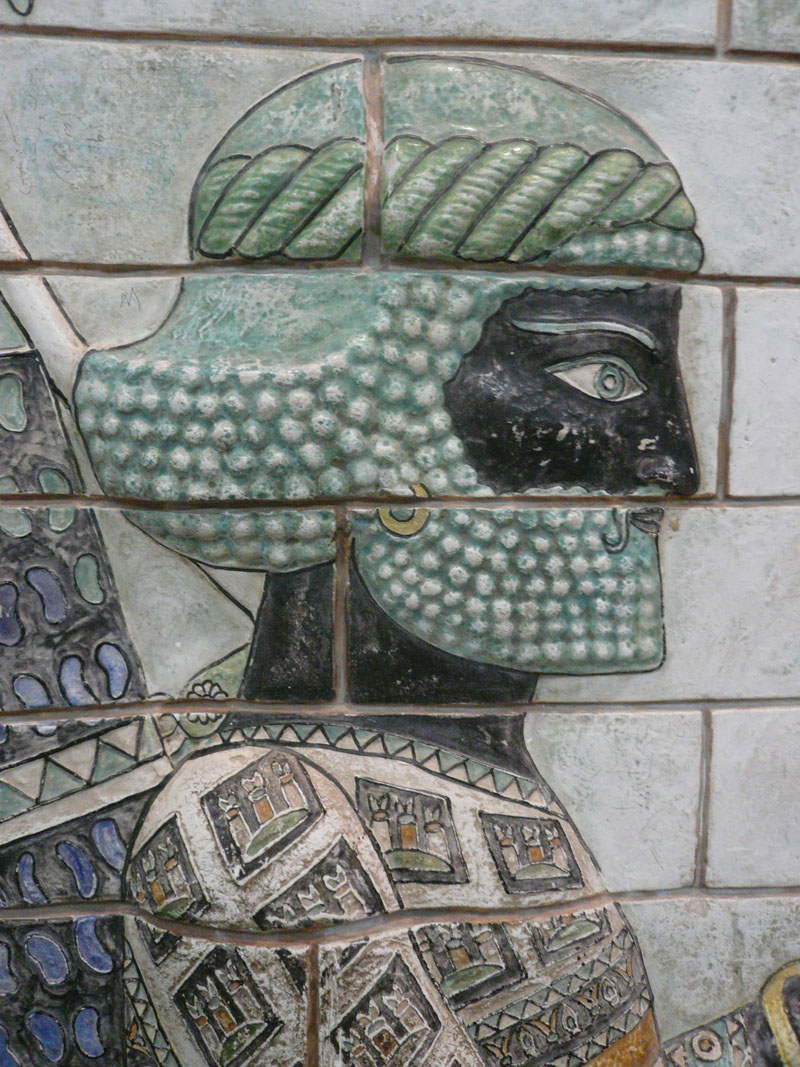 Detail of an archer in enamelled brick, from Susa

The sources (mostly Greek) tell us plenty about dealings between Greece and Persia, but only the barest hints about the rest of the empire. This doesn't of course mean that Greek affairs were specially important.

He was building at Susa (we don't know about Persepolis):

I am Darius, the Great King, king of kings, king of lands, king on this earth, the son of king Artaxerxes, the Achaemenid. King Darius proclaims: Artaxerxes my father first made this palace; then I finished this palace with the help of Ahura Mazda.

Darius continued and refined the strategy used by his father Artaxerxes - promising gold to Sparta and Athens in turn to keep their mutual hostility alive. During almost all Darius' reign the Greek world was involved in the Peloponnesian War between Athens and Sparta and their allies (431 - 404 BC).

These were the Persians' most important interventions: 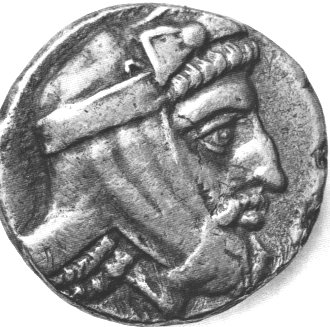 Tissaphernes on a coin (photo www.livius.org) 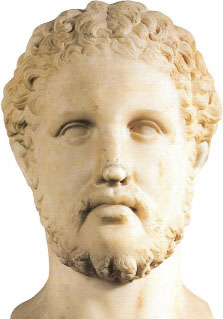 After a difficult succession, Darius II continues the policy of Artaxerxes I towards Greece: his other activities are unknown due to lack of source material.

Ctesias, a Greek doctor, was the official court physician to Artaxerxes II, son of Darius II. His long Persica, a history of Persia, is usually only referred to when there are no other sources - as here after the death of Artaxerxes I. As previously mentioned, his intention seems to have been to entertain as much as inform - and he loves gossip and scandals. He relishes the story of Sogdianus' death - thrown into the embers (after being previously soaked in alcohol according to another Greek). Parysatis in Ctesias appears as a typical "evil queen" (a successor to Clytemnestra and a forerunner of Lady Macbeth.). In fact we have to rely for most of this story not even on Ctesias himself, but on Photius, who wrote a condensed version of the Persica.

He was building at Susa

From two inscriptions on column bases from Susa in Old Persian and Babylonian languages.

The first mention of soldiers who fought for cash, not their country. When mercenary armies became normal in the 4th century, victory often went to whoever could offer the better money.