The Abbasids in Disarray

The Arab warriors who had created the empire 270 years ago felt themselves increasingly marginalised. The Abbasid caliphs had come to power with an army from Khorasan containing a large number of Iranians and some Turks. Increasingly the caliphs had built themselves strongholds to protect themselves from their more and more reluctant subjects - and inside these strongholds they relied for protection on Turkish slaves - Mamluks, captured as boys from Transoxiana and beyond, converted to Islam and trained as soldiers loyal only to the caliph. Soon the Mamluks realised their power to appoint caliphs and remove them. Meanwhile, the administrators, following the example of the Iranian Barmakids, worked for their own interests uncontrolled by the caliphs. By the end of the 10th century much of what had been so efficiently conquered by the Arab armies was disappearing into the private kingdoms of warlords and adventurers.

The backlash began, appropriately, in Arabia itself - long ago relegated to an unconsidered imperial territory. As with the Abbasids' own revolution, there was a religious background to the revolt. In 899 a group known as the Qarmati (Carmathians, Qarmatians) established a religious republic in eastern Arabia (Bahrain), encouraged by Abbasid preoccupation with the Zanj and the Saffarids. They began as an offshoot of the Shi'a branch of Islam, but who disagreed with the Shi'a majority (the "Twelvers"). Their followers believed that Imam Jafar al-Sadiq (702 - 765) named his second son Ismail ibn Jafar as the next Imam (the 7th - hence his followers are known as "Seveners" - or Ismailis). But Ismail died before his father, and his eldest son Muhammad ibn Ismail was therefore recognised as Jafar's successor. But when Muhammad died, most of his followers refused to accept his death - believing he would return as the Mahdi (Messiah). A minority believed he had died: this group was eventually more important, becoming the ancestor of the Ismaili branch of Shi'ism, who as Fatimids (descendants of Fatima, the Prophet's daughter) founded a rival caliphate to the Abbasids, eventually based in Egypt.

But it was the majority group (who believed Muhammad would return some day) that made conquests in Syria in 901 and became the Qarmati who first began to have an impact on the world of the Abbasids. They seized Yemen, and in 906 took Kufa and threatened Baghdad itself. The caliphs could have used the opportunity to reconnect with the Arabs - instead they treated them as bitter enemies. The Qarmati continued a campaign of conquest and terrorism - they believed the hajj to Mecca was superstition. They ambushed pilgrims (massacring 20,000), sacked Mecca itself and desecrated the holy places - even stealing the Black Stone and ransoming it back to the Abbasids. They were not defeated by the Abbasids until 976, when the movement began to disintegrate - it was finally snuffed out by the Seljuq Turks in 1067.

But meanwhile - the original minority group of Ismailis, which had begun as a secret movement based in Syria, suffered persecution by the Abbasids, and fled to Morocco. Gradually their influence began to spread back eastwards - with the support of the oppressed local Berbers, they overthrew the corrupt Aghlabid rule in Ifriqiya. In 909 the Fatimids established a rival Shi'a caliphate in Tunisia. In 969 they took Cairo. Fatimid Egypt became a tolerant society, establishing a strong cultural and artistic tradition. The al-Azhar mosque was built, and the attached madrasa has a claim to be the world's oldest university. 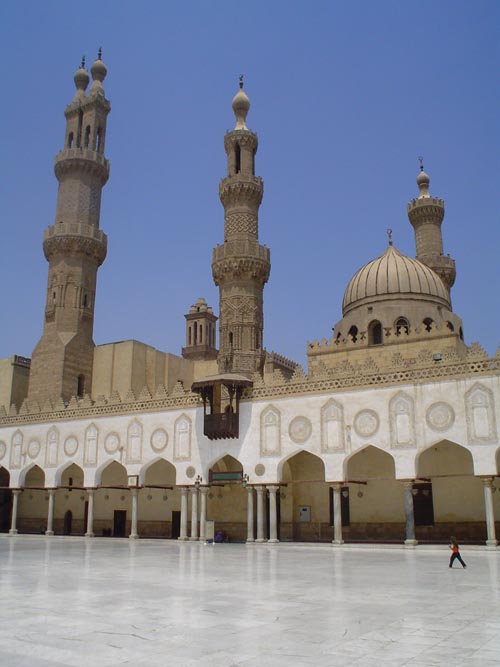 Inside the al-Azhar Mosque, Cairo, Egypt

But, like the Abbasids, the Fatimid caliphs began to recruit Mamluks for their army - Turkish slaves imported from the Black Sea and central Asia. But they could not become a hereditary cast - their children could become Egyptian subjects, but were barred from military service: the army was constantly renewed with new blood. The Fatimid caliphate lasted until 1171, when it was overthrown by its vizier, Saladin. Within three years Saladin - who was of Kurdish origin -had established the Ayyubid dynasty, and won control of Egypt, Syria, Upper Mesopotamia, the west coast of Arabia (including Yemen), and the North African coast as far as Tunisia. Saladin defeated the Crusaders at the Battle of Hattin, winning over Jerusalem. After Saladin's death, the Ayyubid sultanate began losing territory. In 1250, Egypt was taken by their Mamluk generals - who were successful in keeping the Mongols out of Syria, winning a decisive battle at Ain Jalut (1260), and gaining control west of the Euphrates, and ending Ayyubid rule.

Meanwhile, the Abbasid heartlands of Iraq and Iran were in serious trouble.

NEXT: FALL OF THE ABBASID CALIPHATE

The Arabs fight back 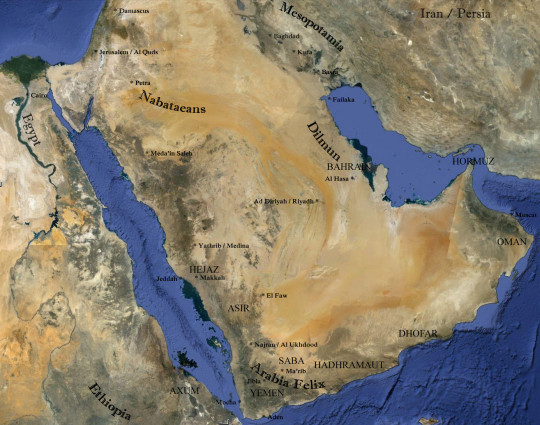