Hyrcania was the region of Iran immediately south of the Caspian Sea extending eastwards into western Turkmenistan. It included the modern Iranian regions of Mazendaran, Golestan and Gorgan. Hyrcania is a Greek attempt at reproducing the Iranian name which meant "wolf land" - and they knew the Caspian as the Hyrcanian Sea. For the Greeks and Romans it was proverbial for its exotic and remote wildness: famously Dido dumped by Aeneas accuses her former lover of being so cruel and savage that he must have been suckled by Hyrcanian tigers, not a human mother. From Virgil the idea reached Shakespeare: Hyrcania's tigers are namechecked three times. In fact Hyrcania, far from being a wilderness was judged by Iranians to be a sub-tropical paradise.

The first mention of Hyrcania has it linked with Parthia to the east as an Achaemenid satrapy. Darius I (on the Bisitun inscription) names it as one of the rebellious regions that he crushed. It was particularly important to him, as its satrap who was besieged by the rebels was his own father, Hystaspes (521 BC). Hyrcania sent troops to Xerxes, and to fight against Alexander. 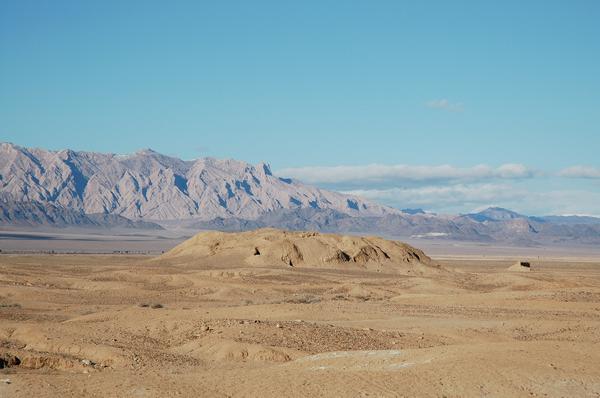 A general view of the deserted site of ancient Hecatompylus

Unsurprisingly it was the first part of Iran to fall to the Parthians: Hecatompylus, its main city south of the Alborz mountains (founded recently by Seleucus), was taken by the Parthians and became Mehrdad I's main centre, from which he organised the conquest of the other Seleucid domains (from around 238 BC). It remained one of the Parthian capitals. It was briefly recaptured for the Macedonians by Antiochus III, but subsequently regained by the Parthians. It appears to have won independence from them somewhere around AD 50. Its prosperity came from its important position along the Silk Road.

Hyrcania became part of the Sasanian empire, and at some time a mighty wall was built to keep out the Turks or possibly the Huns, possibly by Khusrau I or possibly at some other time. There is no evidence written or archaeological to assign even a rough date to the 195km Gorgan Wall. 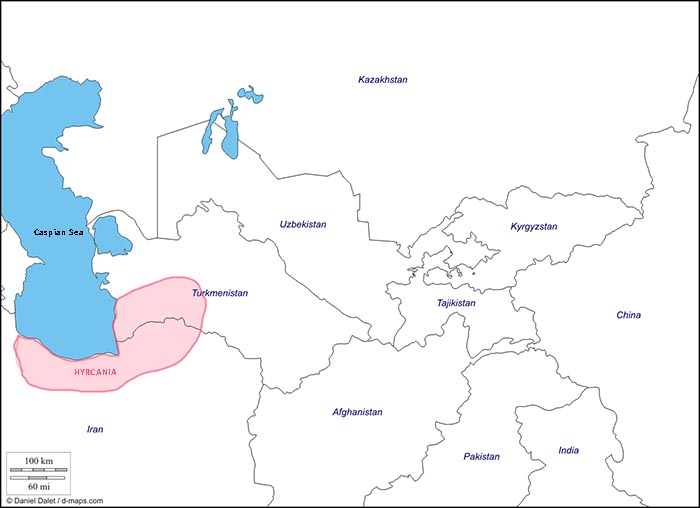 Hyrcania on a modern map