The Sasanians: Khusrau I - restoring order

Once he was secure: crushing the Mazdakites

It was time to deal with the followers of Mazdak, who were taking advantage of Khusrau's fight with his brothers to begin a major rebellion against the new tax system - at any rate in Mesopotamia. Up until now, tax had been payable in kind on a proportion of a farmer's harvest. Now a tax had to be paid three times a year up front in cash on an average of several years' harvest. In addition there was a poll tax, payable by each individual - but not by nobles or priests. Much more efficient for the government, but disastrous for the peasants, for whom a cash economy was a novelty. To raise cash they'd have to sell their produce, and, because everyone was trying to sell theirs at the same time, prices would be very low. The peasants couldn't then afford the tax and would have to borrow at high rates of interest. 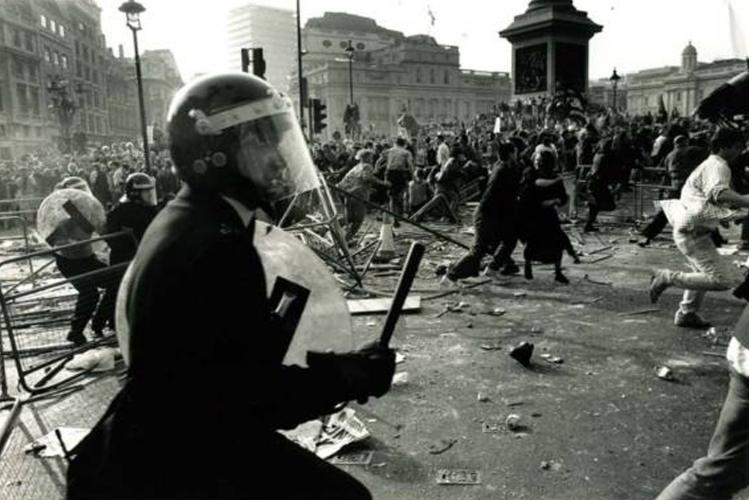 Suppression of demonstrators protesting against the "poll tax" in London, 1990

This more efficient new system is widely praised in the sources (and by many modern historians) - but it's hardly surprising that the peasants found a leader in the communist heretic Mazdak and rebelled against the new tax. There was a large-scale revolt, causing chaos in the Sasanian empire.

They would break into a man's home and take his house, his wives and his property without them being able to stop him. [al-Tabari] 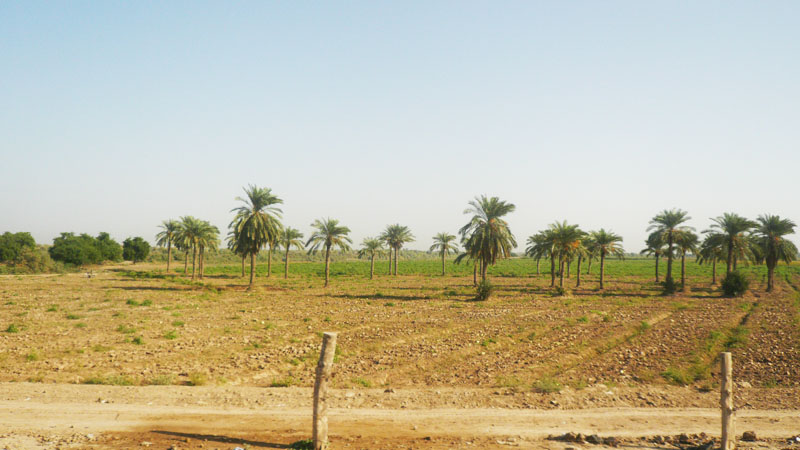 Many sources agree that the rebellion was suppressed by Khusrau with the utmost severity. Various accounts allege that 80,000 (or 100,000 or 150,000) were killed in a single day in just one area. But at least some of the peasants got what they wanted: Khusrau (according to al-Tabari) distributed the property of the Mazdakite leaders among the poor. But the Mazdakite movement wasn't destroyed - it simply went underground, and resurfaced during the early Islamic period - their doctrines were often linked by contemporary writers with those of the Shi'a. The power of the nobles, which had been affected by Mazdak was not fully restored. From the time of Khusrau I a new middle class of dehgans, small landowners, and, vitally, tax-collectors, became more important - and they were now allowed to be part of the élite Savaran cavalry.

Khusrau had defensive walls built to keep out undesirable visitors to Eranshahr: in the northeast against the Hephthalites, in the Caucasus, and in the southwest, where Arab pressure was beginning to be felt.

At the same time, separate military commands were created for the "four quarters" of the country: Mesopotamia, the Caucasus, Central Asia and the Persian Gulf, each with a general (spahbad) in charge.

There were also important reforms to the army: no longer was the defence of Eranshahr to rely on contributions from individual nobles (as it had from Parthian times) - there was now to be a national army, loyal to the king directly. Weaponry and equipment was also updated. Out went the well-protected but comparatively immobile heavy cavalry. In came a lighter more versatile force, able to fight with lances and bows: and of course they all now used stirrups. Units were also recruited from elsewhere - the Dailamite infantry from the Alborz area south of the Caspian Sea was particularly praised, even by the Byzantines.

The road system of the Achaemenids was upgraded and expanded - to make it easier to move troops from north to south as well as east to west.

Khusrau I ruthlessly restores order and stability to Eranshahr.

The Shahnameh of Firdowsi preserves a horror story: "In Kesra's (Khusrau's) palace there was a garden with a high wall round it. It was dug up from end to end, and Mazdak's followers were planted there head down, with their feet in the air, like trees. Kesra said to Mazdak 'Go to my garden and see trees of a kind no one has seen before.' When Mazdak saw what was there he gave a cry of despair and fainted. Kesra had a tall gallows built and the impious Mazdak was strung up alive, head down. He was killed with a shower of arrows. If you have sense, you will not follow Mazdak's way." (A lesson for all communists!)

A fiercely independent Iranian tribe, who kept their identity even under Arab rule. From them came the Buyid dynasty which ruled Iran from the 930s until the coming of the Seljuk Turks.