The Il-Khans of Iran

THE IL-KHANS OF IRAN

Having been elected to succeed his father, and confirmed as Il-Khan by the Great Khan, Abaqa immediately set to work to avenge the defeat by Berke and the Golden Horde. While the two armies were confronting each other across the river Kur, Berke died, and his army dispersed. Abaqa made peace, ordered a defensive wall to be built along the river, and left his brother to defend it.

He finally put an end to the encroachments into Khorasan from the successors of Chagatai at the Battle of Herat (1270), and with the destruction of Bukhara in 1273. His ambition was to consolidate the Il-khanate - in which he was helped considerably by the Persian Juvaini family, who reminded Abaqa of the pre-Islamic glories of Iran, and portrayed the Il-Khans as heirs to the Sasanians. He built a palace at Takht-i Suleiman on the ruins of the great Sasanian fire temple. He had it decorated with scenes from the Persian national epic, the Shahnameh.

The Seljuqs of Rum, and the Mamluks

The Seljuqs of Anatolia - now a vassal state, and garrisoned by Mongol troops was invaded by Baibars, the Mamluk sultan of Egypt in 1277. After a crushing victory he withdrew to Syria. The Seljuq vizier - who had seized power, and possibly invited the Mamluk invasion - was tried and executed. There's a story that his body was cut up and eaten. Abaqa made his brother Geikhatu the viceroy of Rum.

He had written to the Pope and Edward I of England, among other Christian leaders, hoping for their help against a common enemy. When no reply came, he decided to act without them (1281). A large army, including a contingent from his Christian ally, Cilician Armenia, led by his brother was humiliated. His death in1282 - precipitated by heavy drinking - prevented his planned revenge. 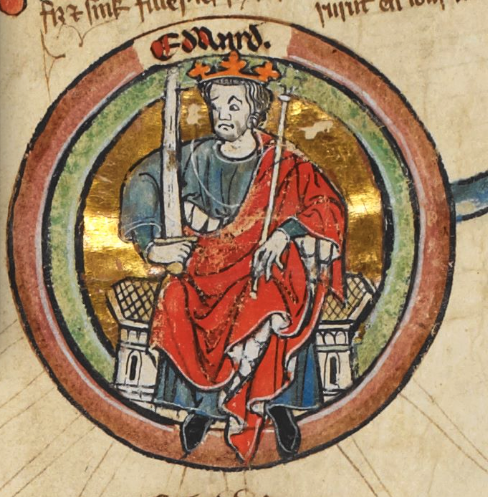 Abaqa's son Arghun was persuaded to stand down in favour of Hülegü's 7th son, Tegüder. As a Muslim convert, he took the name Ahmad, and the title Sultan. His conversion was a personal matter, and did not involve the state. He began persecuting the Christians, but was deterred by his mother, a Christian herself. On the advice of Juvaini al-Din, the historian, recently sacked and then reinstated as governor of Baghdad, Ahmad tried to make peace with Egypt. Two missions ended in disaster - but by then Ahmad was already dead.

Upset perhaps by his uncle's ineffectiveness, Arghun initiated a plot to dethrone him. This failed, and Arghun was imprisoned - but was allowed to escape. Ahmad was captured and handed over to his nephew - who had him executed (1284). There is no evidence that his adherence to Islam was a factor - it was down to his incompetence as a ruler. Arghun, though a Buddhist, also made frantic appeals to the Christian west for an alliance against the Mamluks - his letter to Pope Honorius IV survives in a Latin translation in the Vatican. He even promised to give Jerusalem to the French king after they were successful. But he never went to Syria, being distracted by an invasion by the Golden Horde, and a rebellion in Khorasan, which his son Ghazan was sent to deal with.

He was fascinated by alchemy - and died in 1291, aged about 32, as a result of taking an "Elixir of Life" (actually mercury and sulphur) recommended by an Indian yogi. He's known for having appointed a Jewish physician, Sa'd al-Dawla as his vizier: "the most influential Jew ever to play a political role in Persia." He improved the finances with more efficient taxation, but he was unable to make himself popular with the ruling class of Mongols. Needless to say he was executed shortly after Arghun's death.

There were three candidates to succeed Arghun - his son Ghazan (too busy in Khorasan - where he was losing to the rebels), his cousin Baidu (supported by killers of Sa'd al-Dawla), and his brother Geikhatu - whose powerful supporters succeeded in getting him made khan. Geikhatu showed exceptional leniency to his opponents, even those convicted of plotting against him, though his personal life was renowned for debauchery ("wine, women and sodomy"):

"He had no thought of anything but how he could get hold of the wives and daughters of the nobles and have intercourse with them. Many women fled and sent their daughters to remote districts. But they could not escape the shameful acts which he committed with them."

According to The Travels of Marco Polo, Geikhatu had asked his great-uncle Qubilai for a wife. Marco Polo, his father and his uncle were afraid that, because of their favoured status, they might suffer if Qubilai died, and wanted to leave China (which Qubilai hadn't permitted because they were too valuable to him). They were, however, allowed to accompany the wedding-party to Persia - leaving by sea, and sailing via Singapore, Sumatra and the the Indian coast to Hormuz on the Persian Gulf. The voyage took two years, and claimed the lives of most of the hundreds of people in the party - but not the Polos or the princess. Geikhatu gave the princess Kökötchin to his nephew Ghazan.

Geikhatu's licentious behaviour would probably have led to his downfall anyway - but it was his earlier leniency that did for him. The emirs responsible for killing Sa'd al-Dawla (Arghun's Jewish vizier) had been spared. They joined with Baidu, who after after a drunken assault from his cousin was leading a rebellion. Geikhatu was captured and strangled with the bowstring (to avoid bloodshed). He was 24.

Geikatu, short of cash, due to long-term court extravagance, had briefly experimented with paper money, as used by the Chinese. The experiment failed - when a batch of it (sent to him before Geikhatu died) reached Ghazan, he burned it.

Baidu, to begin with, offered the Il-khanate to Ghazan, son of Arghun, who had been dealing with a rebellion in Khorasan, led by the Muslim Nauruz. The rebellion was over, and Ghazan and Nauruz were now friends. Hearing that Baidu had decided to make himself Il-Khan, Ghazan marched to confront him. There was an inconclusive battle, after which the claimants negotiated with each other for several days. Eventually Ghazan, scenting treachery, removed himself.

Ghazan, persuaded by his new friend Nauruz, decided to reject his Buddhist upbringing and embrace Islam. A ceremony was performed on 19 June 1295, and Ghazan set out as a Muslim leading a Muslim army to overthrow Baidu. As he advanced towards Tabriz, he was joined by friends, and defectors from Baidu. Baidu had fled. He was captured and executed summarily (October 1295).

Armenian Christian refugees from Alp Arslan's Seljuqs were encouraged by the Byzantine empire to re-settle in Cilicia, where they flourished, despite constant harassment from the Mamluks. But the kingdom eventually succumbed to them after being deserted by the Mongols, and by Europe. More on Cilicia.

The historian had been Governor of Baghdad since his appointment by Hülegü in 1258. His brother Shams, had been Abaqa's trusted vizier since 1262. Both brothers eventually became caught up in the dispute between Ahmad and Arghun and came to grief.

All metal coinage had to be exchanged on pain of death - thus the Il-Khan hoped to acquire all the country's gold and silver, and escape his financial problems! Paper money, in use already in China under the Jin, had become dominant under the Song dynasty (first state printing 1024). The Yuan dynasty continued with it, but their paper money, unlike the Song, was not backed by bullion reserves. Like Geikatu, the Yuan's intent was to confiscate all metal coinage. As a result, they experienced inflation - just as more recent governments have done. The suspicious people of Tabriz preferred to abandon the city rather than participate. So even less tax was collected.

Because the Egyptian Mamluks now controlled Armenian Cilicia (since the debacle under Abaqa's brother), trade with the west had become difficult, being diverted to the north via the Black Sea. The Il-Khans could not afford the loss of revenue. Hence Abaqa's desperate attempts to get help from the Christian west. He sent a Nestorian prelate who met not only the Pope, but also Edward I of England and Philip IV of France in Gascony. He even had his son Öljeitü baptized with the name Nicholas in honour of Pope Nicholas IV.

The Travels of Marco Polo, written around 1298-99, is a glamourised account of two journeys from Venice to the court of Qubilai Khan, founder of the Mongol Yuan dynasty of China. The first was by Marco's father and uncle, which reached China in 1266. They returned, with young Marco, now 21, between 1271 and 1275. They became important figures at the court and travelled widely in the far east, until they were allowed to leave (around 1292). It's generally believed that while they were both imprisoned by the Genoese, Marco told his tale to Rustichello of Pisa, who added romantic and fabulous details to turn it into a best-seller.