News stories with an Iranian connection

For nearly 40 years, Iranian women have been banned from watching stadium football matches. The photographer Forough Alaei, a World Press Photo winner in the sports category for her Crying for Freedom series, describes following the story of Zeinab, one of the first women to disguise herself as a man to watch matches by Forough Alaei

How the Far Right perverts Ancient History - and why it matters

It may seem silly to argue about the interpretation of events that unfolded thousands of years ago. But those ideas are having life-and-death consequences today. *Especially ideas about ancient Iran)

The origins of religion and of complex societies represent evolutionary puzzles. The "moralizing gods" hypothesis offers a soluyion to both puzzles by proposing that belief in moraslly concerned supernatural agents culturally evolved to facilitate cooperation among strangers in large-scale societies.

Is this why Arabs don't have a P?

Dairy products and other soft foods, such as gruel, porridge, soup and stews, helped shape our faces, researchers claim, and allowed us to form the sounds “f” and “v”, known as labiodental fricatives. Is this why it's Farsi and not Parsi?

Babylonian treasure seized at Heathrow to be returned to Iraq

It has been a tumultuous history. Jews had lived prosperously in Iraq since the sixth century B.C.E., but the Farhud marked the beginning of the end. In 1948, just prior to the establishment of the State of Israel, the Iraqi government dismissed Jews from the civil service, imposed quotas at universities and other institutions, and supported the bombing of synagogues. Jews were stripped of their citizenship and forced to relinquish their assets.

Getting to know Sogdian

This is the inaugural post in a series that will give directions for those interested in studying or becoming familiar with the Sogdian language and its source materials.

Discovery of a new inscription on tomb of Darius I at Naqsh-e Rustam.

DNf is a recently-discovered trilingual inscription on the tomb of Darius I at Naqsh-e Rostam. This article presents images, a first edition of the texts, observations on why the inscription was not recognized earlier, and comments on the relationship between the inscription and the sculptured figures below it.

Link between Ireland and Islamic world

A previously undiscovered 15th-century Irish vellum manuscript, reveals a connection between Gaelic Ireland and the Muslim world and indicates that medieval Ireland was once at the centre of medical scholarship in the world

The answer as to how many claimed to be the real son of God: more than you would think.

Iranian women - before and after the Islamic Revolution

The Islamic Revolution of 1979 brought seismic changes to Iran, not least for women. One area that has come under scrutiny is the way women dress and wear their hair - the old Shah, in the 1930s, banned the veil and ordered police to forcibly remove headscarves. But in the early 1980s, the new Islamic authorities imposed a mandatory dress code that required all women to wear the hijab.

Britain and the Iranian revolution: Expediency, arms and secret deals

British policy towards Iran has often been based on pure expediency. 'There was no honour in my decision, just the cold calculation of national interest'

'Like LA with minarets': how concrete and cars came to rule Tehran

Tehran’s traffic jams have spawned a curious social phenomenon. The affluent car-driving youth of the northern districts have turned gridlock into a way of meeting members of the opposite sex.

1,200-year-old Islamic-period Town Found in Israel, but You Will Never See It

Archaeologists digging in central Israel have uncovered the remains of a prosperous rural town from the early Islamic period. They unearthed luxurious homes decorated with mosaics and arches, plastered water cisterns, and once-bustling oil presses and glass workshops from about a thousand years ago.

Why Trump Reigns as King Cyrus

“I believe the 45th president is meant to be an Isaiah 45 Cyrus, who will restore the crumbling walls that separate us from cultural collapse.” Blimey.

Archaeologists May Have Found 2,500-year-old Persian Military Base in Northern Israel

Around 2,500 years ago, the Persian king Cambyses II mounted an all-out assault on Egypt, basing the campaign in Palestine. Now archaeologists believe they may have found a camp in northern Israel

Thirty years ago there were 50,000 Christians in south-eastern Turkey speaking a dialect of Aramaic - the language of Christ. Now there are 2,500. Talking to one of them, the BBC's Jeremy Bristow learned that instead of Three Kings, there might actually have been 12.

Lapis Lazuli: Worth Its Weight In Gold ...

A stone of the gods and coveted as much by mere mortals, lapis lazuli has held civilisations across ...

Spine-tingling to see the original map, marked in blue and pink to show who would get what. 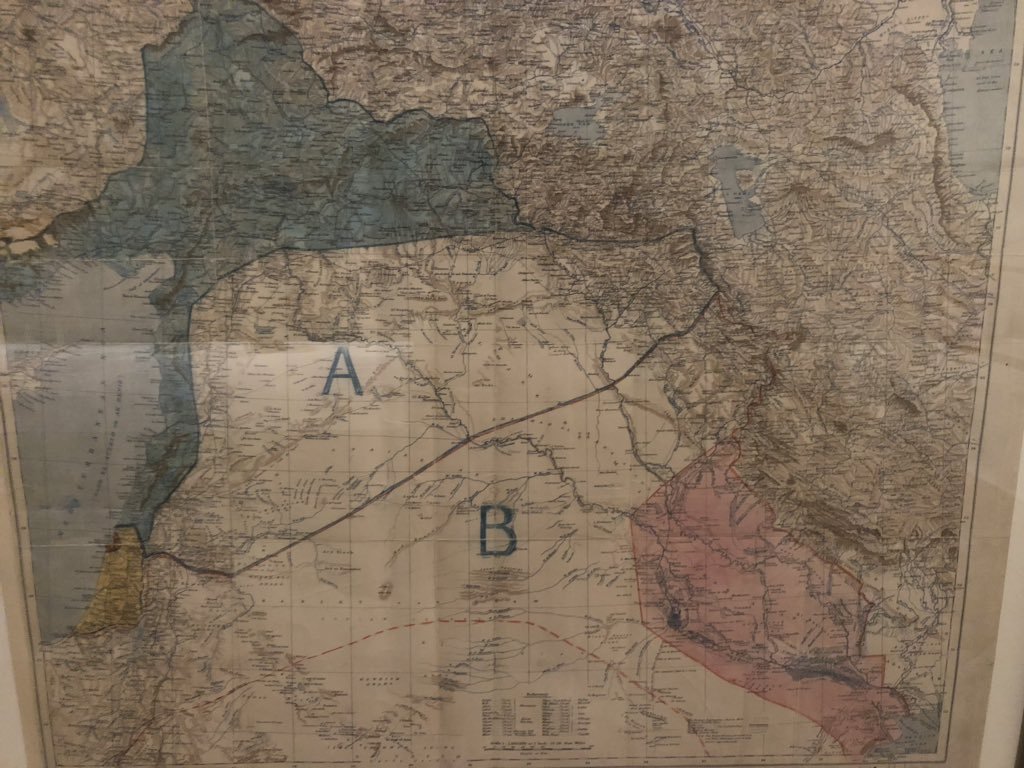 Comparing their DNA to other samples from previous and later periods, and to samples from different regions, showed that the ancient 'Peki'inese' were an admixture between local populations and two additional groups: one from Anatolia or northern Mesopotamia, and one from Iran, the Nature paper says. (Haaretz)

Archaeologists have discovered new temples and standing stones at #GobekliTepe in Turkey, a site which has been dubbed ‘ground zero for human history’ earlier this month.