THE PALACE OF ARDASHIR I 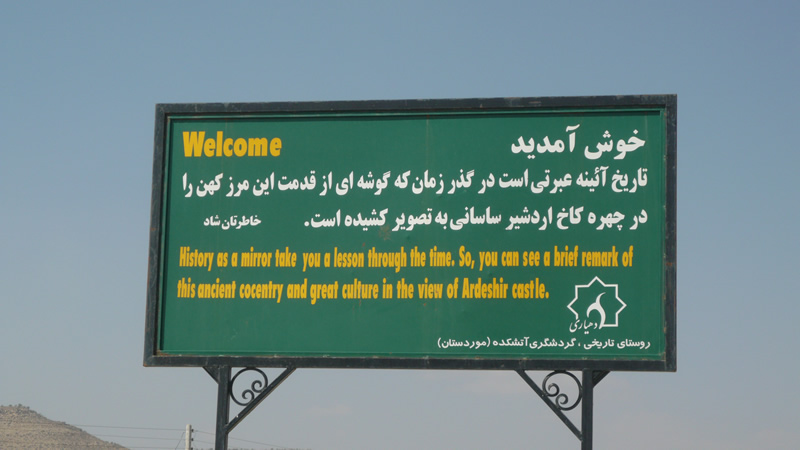 On the battlefield where he had defeated his enemies, Ardashir I built a Parthian style circular city which was known as Ardashir Khurra ("The Glory of Ardashir") - Gur in modern Farsi. In the centre was a fire temple -whose tall tower still stands - a pre-Islamic minaret.

About 2k to the north, Ardashir built himself a palace. Its three domes, each resting on a square, necessitated the invention of the first recorded architectural squinch - which became such a feature of Islamic architecture in due course.