Rock carvings from the Sasanian period 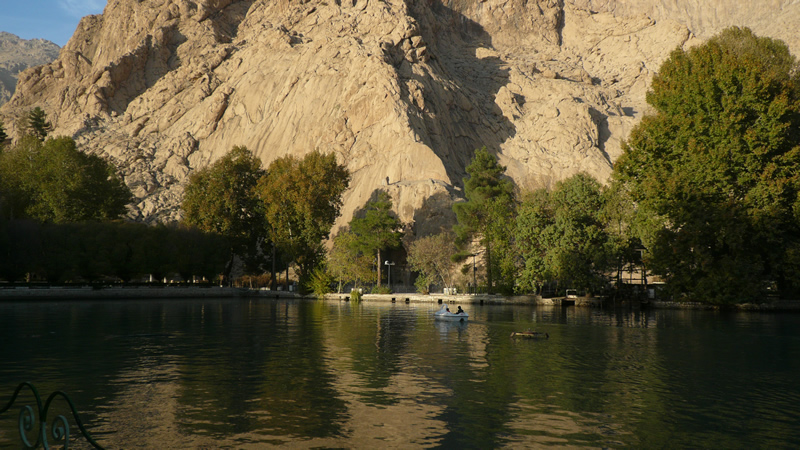 A few kilometres outside the city of Kermanshah in western Iran an archaeological park has been created to show off the superbly perserved rock-carvings dating from the 4th to 6th centuries AD.

Ardashir II (AD 379-383) - his investiture by Ahura Mazda, attended also by Mithra and triumphing over the Roman emperor Julian.

Khusrau II - in the larger arch a king, perhaps Khusrau II, is shown in armour on horseback with his lance - looking very like a medieval European knight. The central figure on the image above may also be of him, flanked possibly by Ahura Mazda and Anahita.

There are also impressive scenes of royal entertainment in the Sasanian period - the king hunting boar and deer with elephants, while music plays!