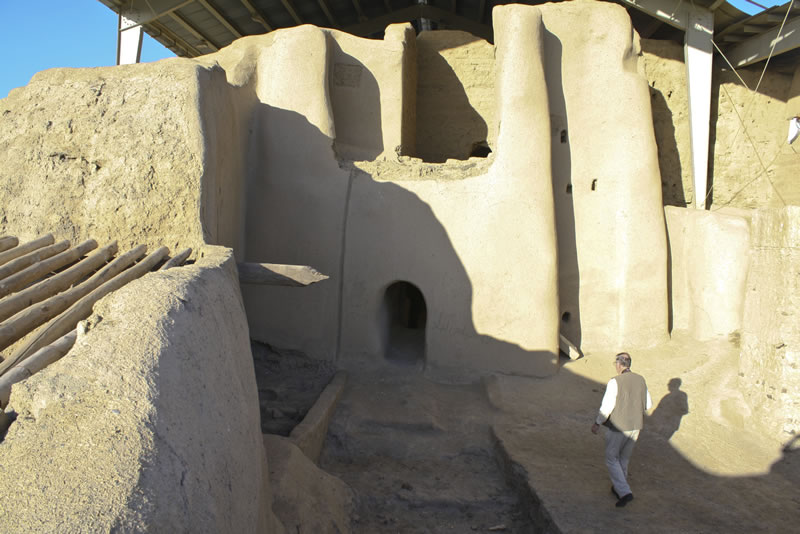 Tepe Nush-i Jan, site about 60 miles south-east of Hamadan (Ecbatana), may have been a military, adminstrative, religious (Zoroastrian?), ceremonial and political centre.The hill was abandoned around 670 BC - it's suggested that the Median leader based here was under Assyrian protection - and could no longer maintain it when this protection was no more. The Medes of Tepe Nush-i Jan did not leave their fort in a hurry, however, as they took great care to fill up the buildings with shale ? probably in a (successful) attempt to preserve them ? and to bury their treasures. After the site was abandoned it was occasionally occupied by shepherds traveling through the region, who for unknown reasons dug a long tunnel underneath the former columned hall.

A film about the original excavation 1967 - 77 by the archaeologist Davis Stronach can be seen here.