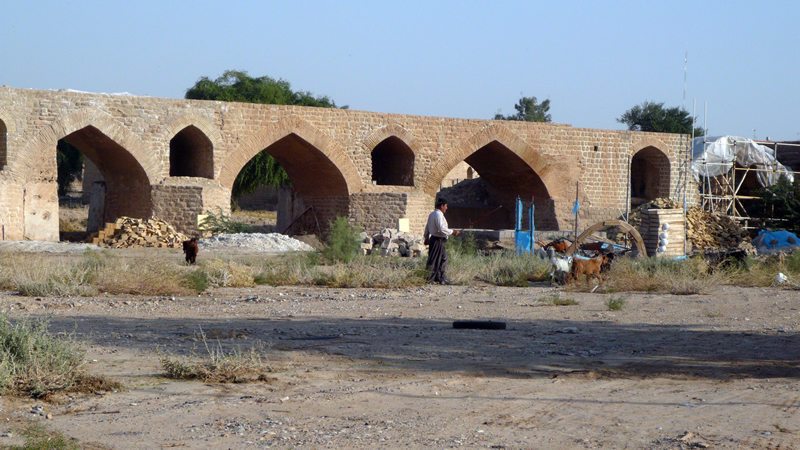 When Shapur I defeated the Roman emperor Valerian in AD 260 - and captured him, the Roman prisoners-of-war were set to work. The bridge at Shushtar in Khuzistan - known still as Caesar's Bridge - was one result of their labour (and expertise). It's been frequently repaired and restored, but the underlying structure is basically Roman.

Above the bridge, on the same river Karun, are the remains of a series of water-powered mills dating from the Sasanian period.