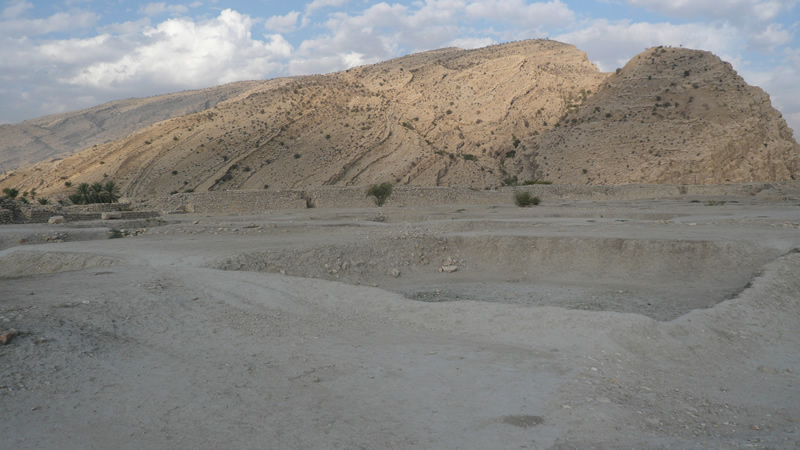 Built by Shapur I in AD 266 soon after his devastating victory over the Romans and the capture of the emperor Valerian (evidence from an inscription found on the site). It's laid out Greek-style on a grid pattern (completely new in Iran) and was Shapur I's principal residence in Persis (Fars). Presumably Roman POWs helped to design, build and populate it;

The excavated buildings include several palaces - possibly including a small one for the captured emperor. The "great palace" contained a 20m square hall, laid out like a cross - with a triple-vaulted iwan on each side. The iwan on the east opens on to a large paved courtyard, which was bordered with mosaics depicting the relaxed and sophisticated life of the royal family.

West of the Great Palace a flight of steps leads down to an almost intact 14m square sone building. There's a well under the central water basin, and channels for water all round the sides. Probably, therefore, this was a temple to Anahita.