In 1989 The IRI had lost its charismatic inspiration and leader, lost the goodwill of the US and most other nations, not quite lost a war, but was suffering as much hardship as if it had - and had not solved the three-way power struggle within the ruling party. This, however, was the decade of the pragmatist: Akbar Hashemi Rafsanjani.

Rafsanjani (pragmatist) formed an alliance with Khamenei (conservative) to outmanoevre Montazeri (leftish, loyal to the original revolutionary ideas). Simple but effective (at first) was abolition of the post of Prime Minister - de-layering which removed the left's potential power-base. The post of supreme leader was changed to allow someone other than a Grand Ayatollah to hold it. - as, allegedly, there was no one senior enough among the clerics. Power was now shared between the President (soon to be Rafsanjani) and the ever more powerful Supreme Leader (Khamenei, who was not even an ayatollah, yet). Montazeri - once the designated heir, had been sacked by Khomeini. He was allowed to return to religious life at Qom with the position of Grand Ayatollah: as his religious authority grew, he emerged as a powerful critic and leader of opposition to the Rafsanjani regime. His influence was boosted by occasional attacks on him and periodic arrests.

The war had devastated Iran's economy - billions of dollars damage to infrastructure, an oil industry in ruins, a booming post-war birthrate, and no hope of reparations (although Iraq was eventually named as the aggressor) or international aid. So with mainly local resources, Rafsanjani rebuilt the oil industry, which could then be used to pay for further reconstruction - renewing the cities, building dams and factories, encouraging agricultural and industrial recovery. Foreign experts were imported, although wealthy expatriate Iranians still stayed away. Investment from overseas was deterred by Iranian hostility to Israel, by support for Hezbollah in Lebanon, and support for Palestine. Even assistance to the US-led coalition in the Gulf War (1991) did not win any thaw in external relations. The state-sponsored assassination in Europe of various enemies of the revolution didn't help either, nor the repercussions of the "Rushdie affair". However the afterglow produced by survival against the odds (a kind of "blitz" spirit) and the satisfaction from self-sufficiency during the post-war recovery began to inspire a feeling of national pride and self-confidence. 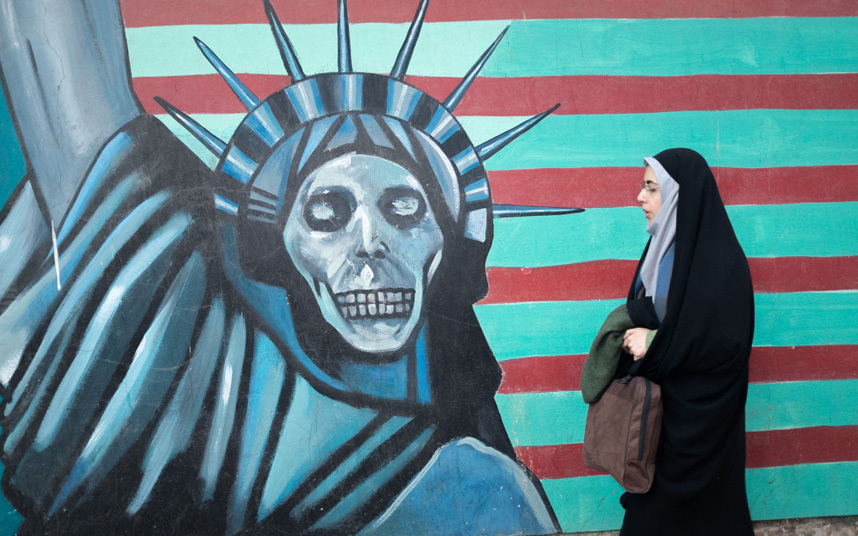 The last election to the Majlis (parliament) under Khomeini in 1988 had allowed a significant number of "leftists" to get elected. Never again. From 1992 onwards, the Guardians' council was more thorough: no left-wing candidates were approved to stand for election. During Rafsanjani's second term, he was much constrained by conservative influences. For example:

During his first term, the minister for Islamic guidance, Mohammad Khatami, was a liberal. Under his guidance, the press, film-makers, artists and writers were permitted a degree of cultural freedom: this provided an outlet for otherwise disfranchised opponents of the regime. Women were allowed more freedom too - which they used not for pointlessly challenging Islamic dress-codes, but to make gains in employment, education and legal rights. Not that they didn't also exploit the fashion possibilities of the veil. 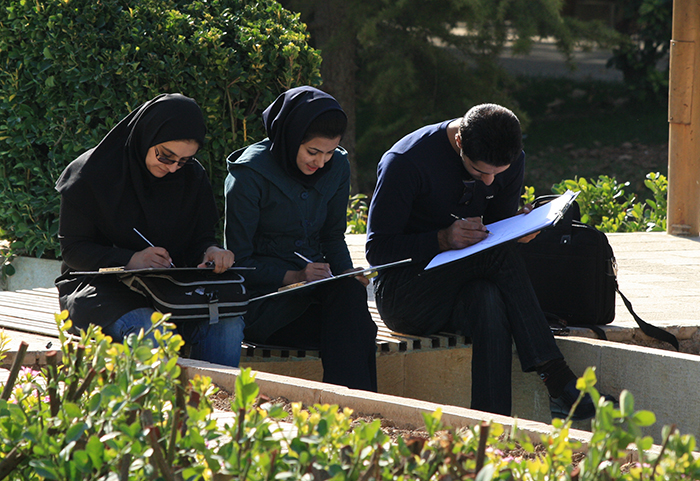 But this ended in 1992. Khatami was sacked, and the the inchoate relaxation of cultural repression came to an abrupt end. But the opposition, though silenced and outgunned, took the opportunity to rethink the revolution and regroup. By 1997 they were ready to challenge Rafsanjani in the presidential election. The obvious candidate to replace him was - Mohammad Khatami.

In the so-called Chain murders (1988 - 1998), some 80 dissidents and critics of the regime were murdered by various means - such as car crashes, stabbings, shootings in staged robberies, and injections with potassium to simulate heart attack. The Iranian government denied involvement. In 1992 prominent Kurdish leaders were murdered in the Mykonos restaurant in Berlin. Khamenei and Rafsanjani were accused by exiled former Abolhassan Banisadr of being behind the killings.

Khatami's sister-in-law, Zahra Esraghi, grand daughter of Khomeini, is a leader of the feminist movement in Iran. She believes that: "Our constitution still says that the man is the boss and the woman is a loyal wife who sacrifices herself for her family. But society here has changed, especially in the last 10 years. If my grandfather were here now, I am sure he would have had very different ideas."

Various groups were known as "mujahideen" meaning merely "those involved in jihad". Many in the US erroneously associated them with the right-wing Mujahideen-e Khalq (MEK) - anti-Islamic Republic exiles also supported by US!

The traditional Maronite elite, who'd been in control in Lebanon since French colonial times, had been increasingly challenged by the influx of Muslims, 100,000 of whom had entered Lebanon as refugees after the creation of Israel and the ensuing nakba in in 1948,

US forces had been increasingly intervening in support of the Lebanese; and the US was by now giving material support to Saddam Hussein, who was bombing Iranian targets indiscriminately.