Background to a toxic relationship

It had all seemed so promising. The post WW2 nationalist movement welcomed American interest in Iran: Americans were not British (or Russian) and were, it was assumed, natural anti-colonialists. Wrong. Back in 1907, the failing Qajar government had asked for American help (see Morgan Shuster)- the British and Russians made sure that plans for sensible reforms were scotched. But in the 1950s when the US had another opportunity to back reform, they chose instead self-enrichment. To secure Iranian oil, they chose to deal with the Shah, and, as a consequence, found themselves helping in the violent suppression of the democratic nationalist ambitions of Mossadeq in 1953. They helped the Shah regain power, they helped throughout the rest of his reign (selling him all the arms he could possible want), and took him in when he was finally ousted in the Islamic Revolution in 1979.

The events of the Carter presidency (1977 - 81) had led to a total severing of relations with between Iran and the US. Khomeini had emerged as a perfect bogey-man for the US popular opinion - they saw him as a fanatical autocrat surrounded by a clique of mad mullahs and extremists. Iranians have always been able to distinguish between a people and its government - and were surprised when the the US was unable to do the same: Iran's attitude was that they'd paid America back for its support for the Shah, and its sabotage of the 1953 Mossadeq revolution. Now time to move on. The Republican party in America more or less agreed: let's blame Carter and the Democratic party for mishandling the entire Iran scenario. In 1981, with the Algiers Accord, Carter, nearing the end of his term, did try to achieve closure: he agreed that US would not interfere in Iran's internal affairs, and would release $10 billion of frozen Iranian assets: a divorce settlement after which both parties could get on with their lives in peace.. There was, however, no real closure - the US never ratified the deal.

Ronald Reagan (1981 - 1989) led a Republican party whose elite believed that the Iranian revolution was a temporary blip caused by Democratic incompetence, and hoped to reverse it and restore the monarchy. This was romantic nonsense. Two foreign adventures revealed America's schizophrenic attitude to Iran: they lent support to Saddam Hussein's Iraq (fulfilling Iran's fears that this had been their plan all along), while supporting Islamist opponents of USSR in Afghanistan (The Soviet-Afghan war lasted from 1979 to 1989).

Israel. Until the revolution, Israel had seen Iran as an ally - the two non-Arab states in the region should stick together. Many Iranian Jews had fled to Israel: the official line of the IRI was that Israel was a western excrescence with no right to be there at all. Open hostility began when Israel invaded Lebanon in 1982, in support of the Maronite Christian faction in the Lebanese civil war (which had been going since 1975 - and was to continue until 1990, with an estimated 120,000 dead. The IRI's policy of assisting Shi'a minorities in the Middle East had led to the formation of Hezbollah ("the party of Allah"). Hezbollah now concentrated on opposing Israel's invasion - and received training, weaponry and encouragement from Iran. Israel held Iran responsible, as Hezbollah became a formidable enemy in South Lebanon - but though Iran was undoubtedly the midwife, Hezbollah, with its own agenda, was soon grown-up enough to stand on its own two feet. But after the devastating attacks on the US embassy and marine base in Beirut in 1983, Iran began to be assigned the blame for any "Islamic terrorist" event in the middle east. In this particular case not even Hezbollah's responsibility has ever been proved. From now on, however, traditional reliance on proof and evidence were deemed no longer necessarily: just blame Iran anyway. In particular, "suicide bombing" became a tactic associated with Iran-sponsored terror, although there is in fact no authenticated example of a Shi'a suicide attack on a civilian target. Arab states joined in the accusations, knowing this was the way to secure US support and dollars.

US Support for Iraq. Reagan' middle east envoy, Donald Rumsfeld, had two meetings with Saddam Hussein, in 1983 and 1984, after which diplomatic relations were restored. This was not viewed favourably in Iran. While there's no evidence that US sold weapons to Iraq, it certainly helped with economic resources, and intelligence (satellite images of Iranian troop movements were made available). A blind eye was turned to Iraq's development of WMDs (chemical and biological weapons). The notorious gas attack on the Kurdish town of Halabja in 1988 could not, in Iranian eyes, have been carried out without western complicity, though of course the US State Department and the CIA were quick to blame Iran. The incident went largely unnoticed however until Saddam became the west's principal enemy after the invasion of Kuwait in 1990, a decade later. 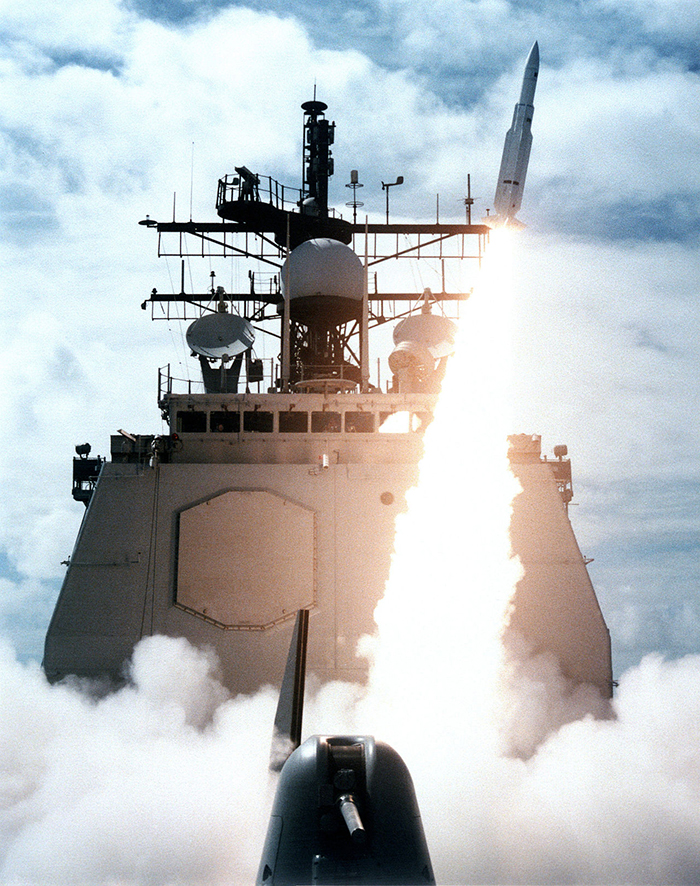 The attack was recognised as an act of genocide and a crime against humanity in 2010. Saddam's cousin, Ali Hassan al-Majid (aka "Chemical Ali") who was defence minister at the time was convicted in 2007 and hanged.