What's in a name?

Most Iranian areas have many names: Seistan also appears as Sistan, Sakastan, Sagistan, Sigistan ... The name supposedly derives from the Saka - an Iranian people from the region of the Aral Sea in Central Asia who (under pressure from other Iranian peoples further east) settled in the borderlands of what are now Iran (Baluchistan), Afghanistan and Pakistan. They were one of the many peoples once known to the Greeks by the general term "Scythians" - and are sometimes referred to as Indo-Scythians. Its the region once covered by the Achaemenid satrapy of Drangiana/ Arachosia. 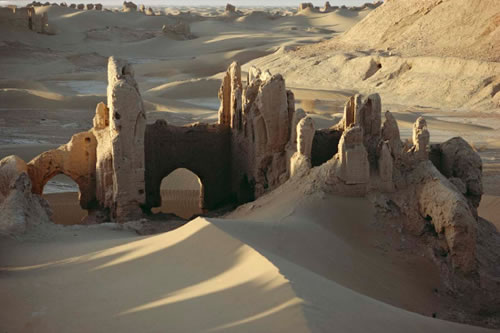 Mostly desert: civilisation depended on the Helmand River (as Egypt did on the Nile) - which once drained into an inland sea.

Information on the mysterious pre-Iranian civilisations of Jiroft and Shahr-i Sookteh can be found by following the links. Presumably their descendants remained in the area.

The historical period: before the Saka

Seistan (then Drangiana or Arachosia) may have been part of the empire of the Medes (if it existed.) - it may have been one of the Achaemenid conquests of Cyrus I (Herodotus mentions that Cyrus was planning an expedition against the Saka and other eastern peoples.) Darius I mentions it on the Bisitun inscription. It was conquered in turn by Alexander, who founded Alexandria-in-Arachosia (now Kandahar). Alexander's empire fell to the Macedonian Seleucus, who traded the region with the Indian Maurya ruler Chandragupta for a contingent of war-elephants (305 BC). Around 180 BC the region became part of the Greco-Bactrian domain, which soon fell to the Saka.

The Saka and after

The Parthians (probably a related Iranian people) took over around 100 BC: and Seistan became for a while the personal domain of the Suren family (whose most famous member was the victor against the Romans at Carrhae in 53 BC). During the early 1st century AD, the ruler - of Suren descent - Gondophares was ruling independently of the Arsacids. He is known from coins, an inscription from the Buddhist site Takht-i Bahi in Pakistan, and a controversial possible mention in the apocryphal NT "Acts of Thomas". He extended his rule eastwards into Gandhara and Jammu, and founded an Indo-Parthian empire with a capital at Taxila. . It's been conjectured that Ardashir I, the founder of the Sasanian dynasty, was descended from the Indo-Parthians of Seistan.

The Indo-Parthians soon lost the Indian part of their empire with the arrival of the Kushans (as the Yuezhi - who had dislodged the Saka earlier were now known). It was conquered by the Sasanians in around AD 250. A Kushan-Sasanian dynasty ruled for another 200 years, until the arrival of the next Central Asian people - known as the Kidarite Huns (c.AD 350). The Sasanians retook the province in AD 565 and ruled until the Arab conquest in c. AD 645. 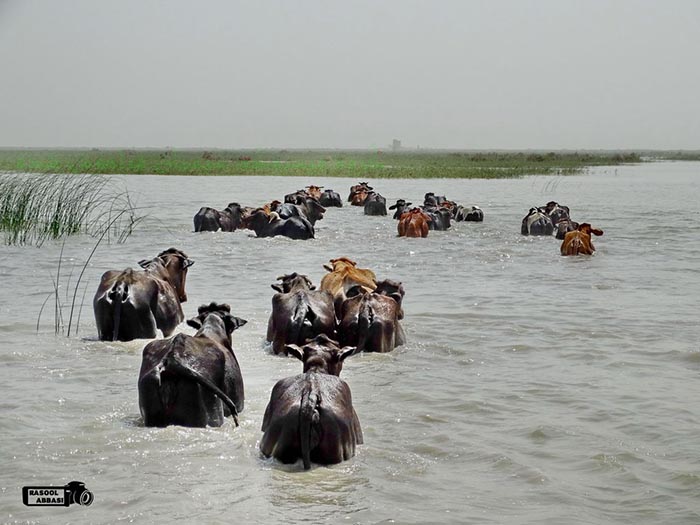 One of the seasonal lakes in the Seistan area.

Seistan according to the Shahnameh was the original residence of Jamshid, and the homeland of the great hero Rustam. Lake Hamun (perhaps once a single inland sea - though more recently a series of smaller lakes) was a Zoroastrian pilgrimage site - believed to contain Zoroaster's seed.

Between Iran and Pakistan

An apparently remote but strategic desert area, which was constantly fought over from the time of the Achaemenids to the Arab conquest.

A modern map which shows the Helmand basin and part of the area of ancient Seistan.

See Reorienting the Sasanians, by Khodadad Rezakhani (Edinburgh UP 2018)