Once part of Urartu, then of the Orontid kingdom of Armenia and then, under the Achaemenids, of the satrapy of Armenia. Like Commagene and Osrhoene, it was one of the virtually independent kingdoms that the Seleucids allowed to emerge from Armenia. Antiochus III put an end to the Orontid rulers (in Sophene and Armenia) and replaced them with another dynasty - the Artaxiads. When Antiochus III was defeated by the Romans in 190 BC, Sophene and Armenia took their chance to become independent kingdoms, which were recognised as such by the Romans in the Peace of Apamea in 188 BC. With their new Roman backing, the two kingdoms worked together to expand their territory east and north. 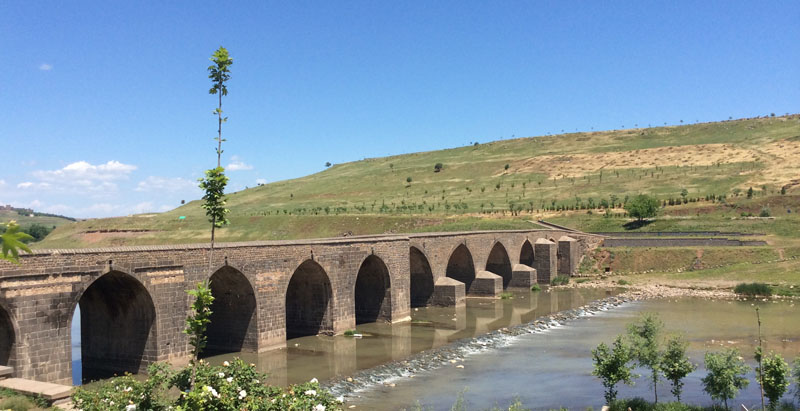 The 11th century Dicle Bridge over the Tigris at Diyarbakir, Turkey

Under Tigranes the Great (95-55 BC) the two kingdoms were united, and the continued expansion provoked the Romans to challenge and ultimately defeat him. Thereafter it remained part of Rome's defences against the Parthians and then the Sasanians.

For this purpose they fortified Amida (Diyarbakir): to control the crossing of the Tigris and check Parthian/Sasanian inroads into Asia Minor. The Persians nevertheless took it three times:

1. There was a long siege of Amida in AD 359 by Shapur II - described by the Roman Ammianus Marcellinus, who was there. The emperor Julian re-took it in AD 363, on his ill-fated expedition against the Sasanians. It remained under Roman control. The earliest sections of the famous black walls which completely encircle Diyarbakir date from this period - though they were repaired and strengthened in later times.

2. Amida was again besieged by the Sasanian king Kavad I during the autumn and winter of AD 502-503. The siege of the city proved to be a far more difficult enterprise than Kavad expected; the defenders, although unsupported by troops, repelled the Sasanian attack for three months before they were finally beaten. The Romans attempted a counter-attack in AD 503 which was not successful. In 504, however, the Romans did reconquer the city, and repaired its fortifications, also building the new base at Dara, to counter the Sasanian stronghold of Nisibis. [Source: Procopius]

3. It was recaptured by Khusrau II in AD 602: the Sasanians held it until the reconquest of Anatolia by the emperor Heraclius in AD 628 - a decade before it fell to the Arabs in AD 639.

The tiny kingdom of Sophene was briefly independent: its location made it an important buffer zone between The Greeks/Romans and the Parthians/Sasanians, controlling as it did the entrance to Anatolia via the Euphrates plain. 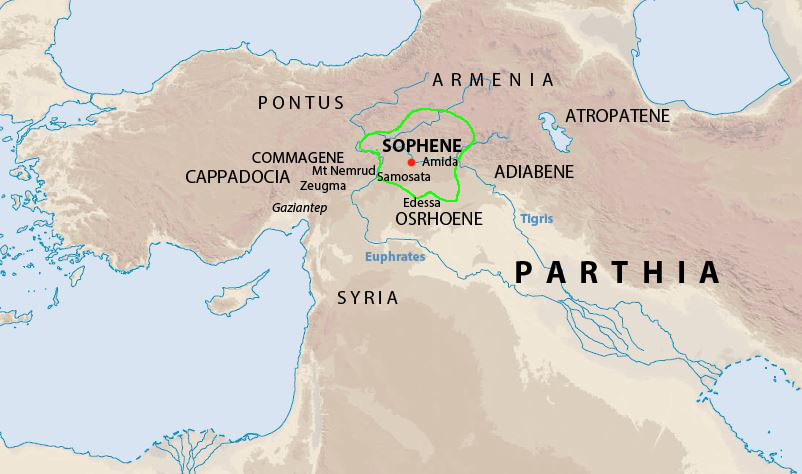 Although usually referred to today by its Turkish name - Diyarbakir, the city is the Kurdish"capital". The Kurds have revived a form of its ancient name - Amed, and in 2014 renamed its football team Amedspor.